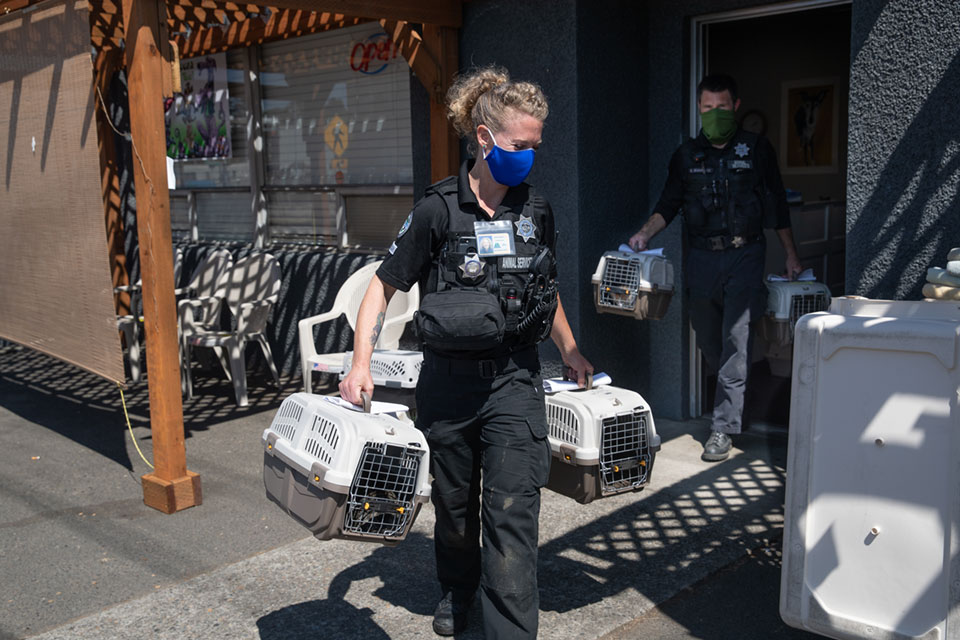 Troutdale, OR - A Multnomah County Circuit Court judge has ruled that dogs and cats seized from an unlicensed facility named Woofin Palooza are now eligible for adoption. The Honorable Judge Benjamin Souede found that eighty-nine (89) of the one-hundred-and seventeen (117) animals seized by Multnomah County Animal Services (MCAS) while executing a search warrant on Aug. 11, 2020, should be forfeited to Animal Services. Six (6) kittens born in care since the seizure were included in the forfeiture, for a total of ninety-five (95) animals. The ruling means the County can now work to place them in permanent homes. The status of the remaining animals will be determined at a later date.

Appreciation for the community

“Multnomah County greatly appreciates the community members and staff who stepped forward in such a significant way when we were experiencing such a major increase in the shelter population during an ongoing public health crisis.”

In the best interest of these animals now ruled as forfeited, foster volunteers who cared for them for over a year will be invited to adopt them. Many animals and families have bonded over that extended time period. 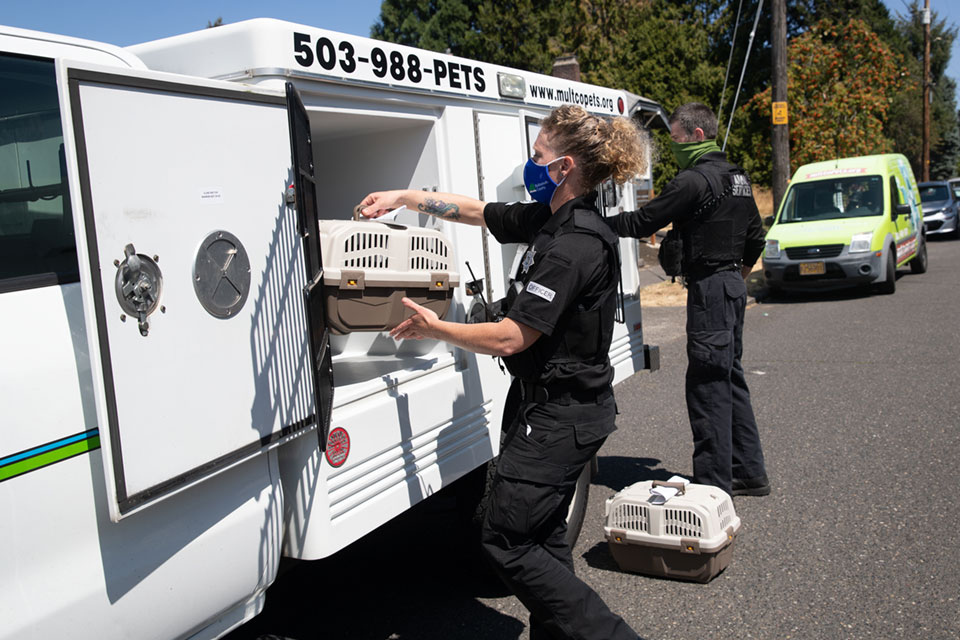 Remaining animals not adopted by their foster volunteers will need new homes. MCAS will place affected animals in the forfeiture for adoption or coordinate their transfer to community adoption partners for placement. Community members are encouraged to view available animals online and submit adoption applications through the established virtual process.

The public is not currently permitted to browse adoption kennels at the MCAS shelter in Troutdale, as an ongoing safety measure in response to the COVID-19 pandemic.

More information about the Woofin Palooza case is available through the Multnomah County District Attorney’s Office, or by using the Oregon eCourt Information (OECI) system.