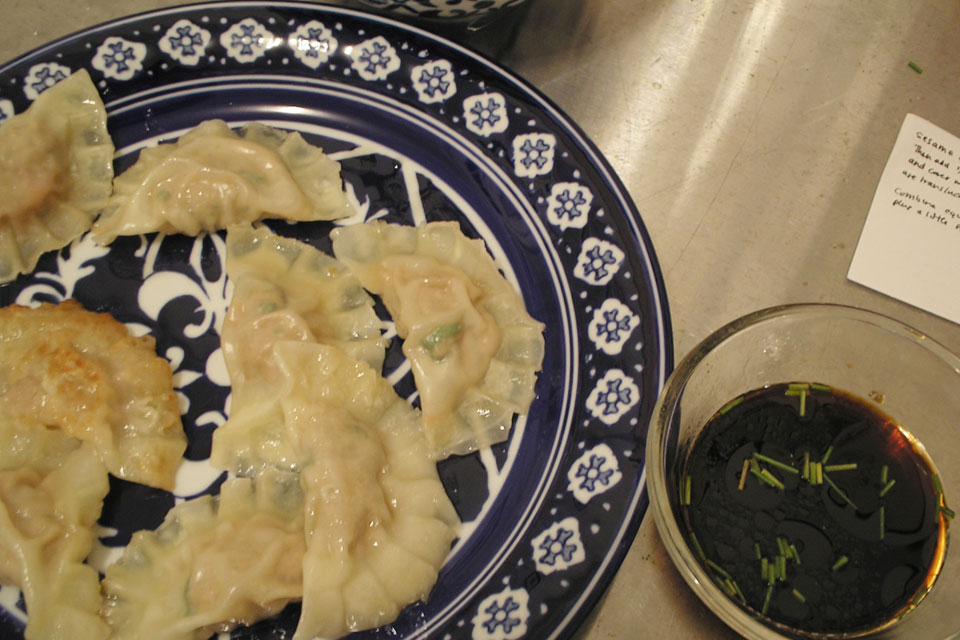 PORTLAND, Maine (AP) — Trying to fill this dumpling order left one business in a pinch: A common but disruptive shipping error sent a custom dumpling-making machine manufactured in China to the wrong Portland in May.

The owners of Little Brother Chinese Food, which sells frozen dumplings in Portland, Maine, ordered a custom dumpling machine in March to help them fulfill demand, but an emailed shipping receipt delivered the bad news, the Portland Press Herald reported on Monday.

“We saw that it was headed for Tacoma, Washington, and then Portland, Oregon,” Richard Lee said. “We called them and they said, ‘It’s already in the water."

"We can’t do anything about it now.’”

Lee and co-owner Claire Guyer hired customs broker Oceanair, based in Boston, to help redirect the machine they hoped would fold some 3,000 dumplings a week for them.

Kelly L’Heureux, vice president of Oceanair, told the newspaper the error happens frequently — especially with smaller companies — and can be costly.

"They end up working with someone who either doesn’t ship a lot, or they could ship a lot but just don’t know their geography,” she said.

L’Heureux was able to file a required document, the import security filing, that directed the machine to be put on a truck to Maine, not Oregon, when it landed in Tacoma, Washington.

Lee said the cross-country shipping cost almost as much as the machine itself, though he didn't tell the newspaper what the costs were. Now that the machine has arrived, Lee and Guyer are learning to use it.

“If we’re being honest, we thought the process would be like turning on a dishwasher," they wrote in an email newsletter to customers, "but it’s actually more like playing an accordion.”