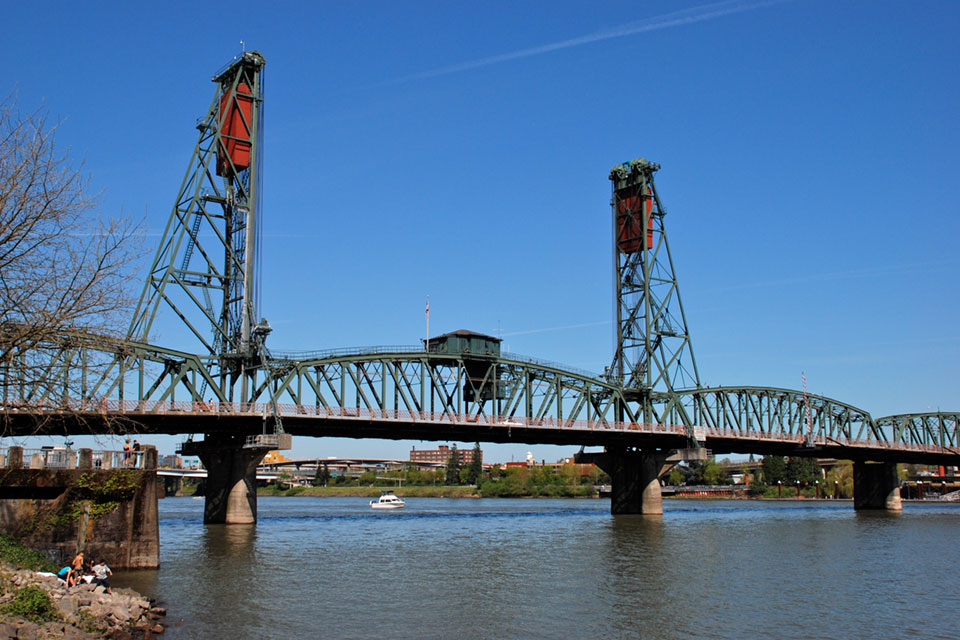 The Hawthorne Bridge will be closed to all users this weekend from 7 am on Saturday, April 10 until as late as 7 pm on Sunday, April 11 for a crack inspection of critical parts on the drawbridge. The work will require the drawbridge to be in the raised position for much of the weekend.

TriMet bus routes that normally use the Hawthorne Bridge will detour to the Morrison Bridge when the Hawthorne is closed. For details, visit https://trimet.org/#alerts. Alternate routes for bridge users include the Morrison and Ross Island bridges. River traffic will not be impacted by the closure.

The closure will permit a crew to inspect cracks that have formed in the trunnions that support the counterweight cables. The east and west tower trunnions each support about one million pounds. The trunnions rotate every time the lift span is raised and lowered. Cracks were detected in the steel trunnions during an inspection last fall. This weekend inspectors will use magnetic particles to measure the depth and length of the cracks.  Multnomah County Transportation plans to begin a project to design the repair of the trunnions. Repairs are expected to begin in the next two years.

This weekend’s inspection is not weather-dependent.

Multnomah County maintains the Hawthorne Bridge, which opened in 1910 and is the oldest operating vertical lift bridge in the country.  For information, visit www.multco.us/bridges or follow them on Twitter at @MultCoBridges.