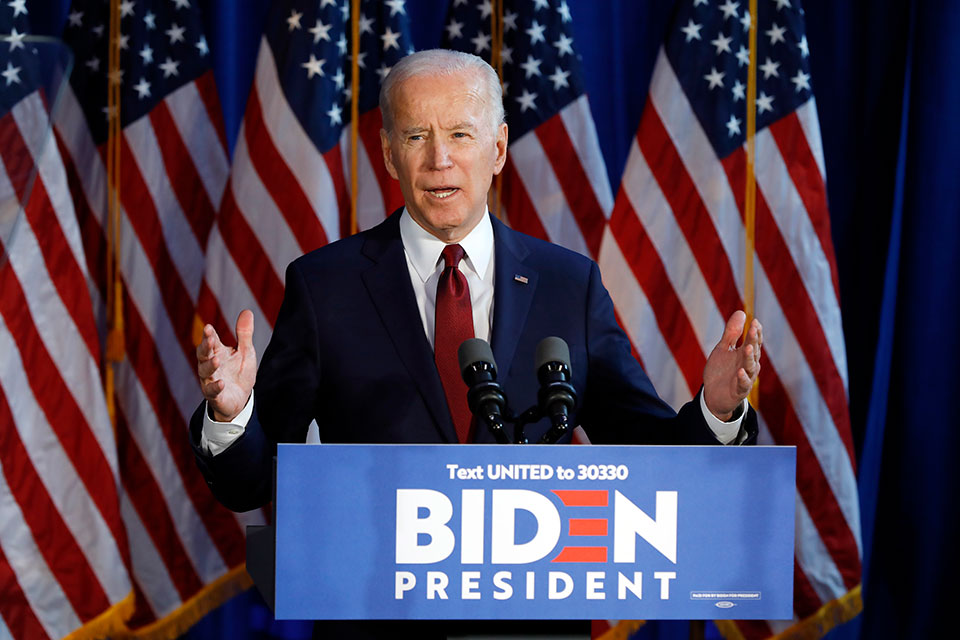 Tuesday, May 6, national Black civil rights leaders participated in a call with former vice president Joe Biden, the Democratic presidential nominee, a day after the release of Lift Every Voice: The Biden Plan for Black America. Among the participants were Reverend Al Sharpton, President of the National Action Network, Melanie Campbell, Convener of the Black Women’s Roundtable Public Policy Network, Derrick Johnson, President and CEO of the NAACP and Marc Morial, President & CEO of the National Urban League, among others.

“As the world grapples with the disparities faced by Blacks in America in the wake of COVID-19, the country needs a stalwart leader that will tackle the systemic inequities that have been exacerbated with the current administration,” said Reverend Al Sharpton. “Many in the civil rights community are looking for Biden to be bold around criminal justice reform, infrastructure development and education to lay the groundwork for more opportunity when it comes to jobs and better quality of life for communities most in need. I also urge Biden to fulfill his commitment to appointing a Black woman to the Supreme Court as well as to prioritize diversity of experience and thought in his administration.

"The Black community knows that it is essential for a person of color to have the ear of the president.”

Melanie Campbell, Convener of the Black Women’s Roundtable Public Policy Network shared the need to focus on issues critical to Black women, including racism, closing the wage gap and voter suppression. “There is so much at stake for Black women in this election and we are the voting block that is often the agent for change.”

"I am heartened by the efforts of Vice President Joe Biden to convene a call to highlight and uplift the often overlooked plight of African Americans, especially during a time when our community is experiencing the detrimental health and economic impacts of COVID-19 at an astounding rate," said Derrick Johnson, president and CEO, NAACP. "Ultimately, we need a leader and administration that will be empathetic and implement policies across health care, the economy, and our educational system that will close the racial wealth gap and deliver on America's promise of liberty and justice for all."

“I am encouraged that the 2020 campaign’s first comprehensive plan to address issues facing Black America incorporated elements of the National Urban League’s Main Street Marshall Plan, a sweeping policy proposal for economic development and racial justice,” said Marc H. Morial, President and CEO of the National Urban League. “When we consider the anemic rates of Black homeownership following the Great Recession—despite the gains made since the Housing Rights Act of 1968, housing affordability is a debilitating crisis in America. Homeowners and renters are in dire straits and every candidate for higher office should have a plan for averting foreclosures and evictions.”

“A no-excuse vote-by-mail program with prepaid postage and expanded early voting would go a long way toward expanding access to the ballot and ensuring that the pandemic is not used as an excuse to trample vulnerable Americans’ right to vote,” Morial said.

These calls are open to all presidential candidates.