Danny Glover Speaks to Mississippi Voters Ahead of Primary 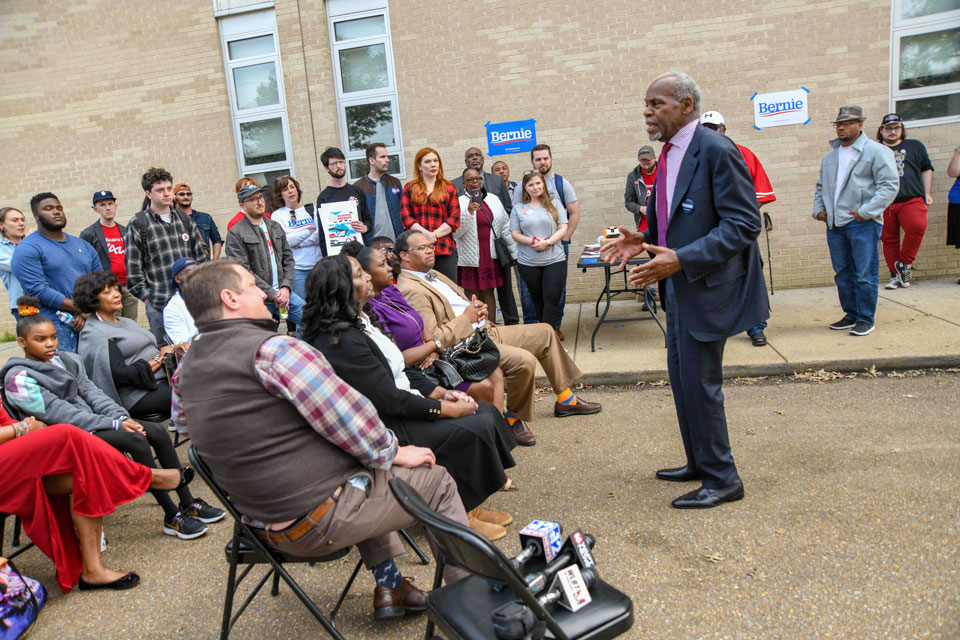 Glover began the day with an address to labor leaders from across the state at the Annual Mississippi AFL-CIO Convention. As a longtime civil rights activist and labor ally, he was no stranger to the crowd.

“I worked with Danny Glover and Bernie Sanders when they came to Mississippi to stand with the Nissan Workers,” said Morris Mock, a local labor organizer. “Bernie Sanders has been a friend of the labor movement for years.”

Glover later joined city leaders, doctors, healthcare workers, and community members for lunch at the Piccadilly Cafeteria inside of Jackson’s Medical Mall to make the case for Medicare For All. Jackson Fire Chief Willie Owens and Police Sergeant Kim Brown were also in attendance.

“Bernie Sanders wrote the bill for Medicare for All because he believes that health care is a human right,” Glover said.” We’ve been given the idea that this country doesn’t need universal health care,” he continued.

“But disproportionately, African Americans are without health care at all because so many can’t afford it.”

“The key to victory in the Black community for us to meet people where they are, listen, make connections and show how our platform centers and uplifts Black people,” said Phillip Agnew, Bernie 2020 surrogate and senior advisor.

Glover ended election eve delivering remarks on the importance of voting and organizing in Mississippi to hundreds of attendees at the annual workers conference of COGIC’s Mississippi Southern First Ecclesiastical Jurisdiction.