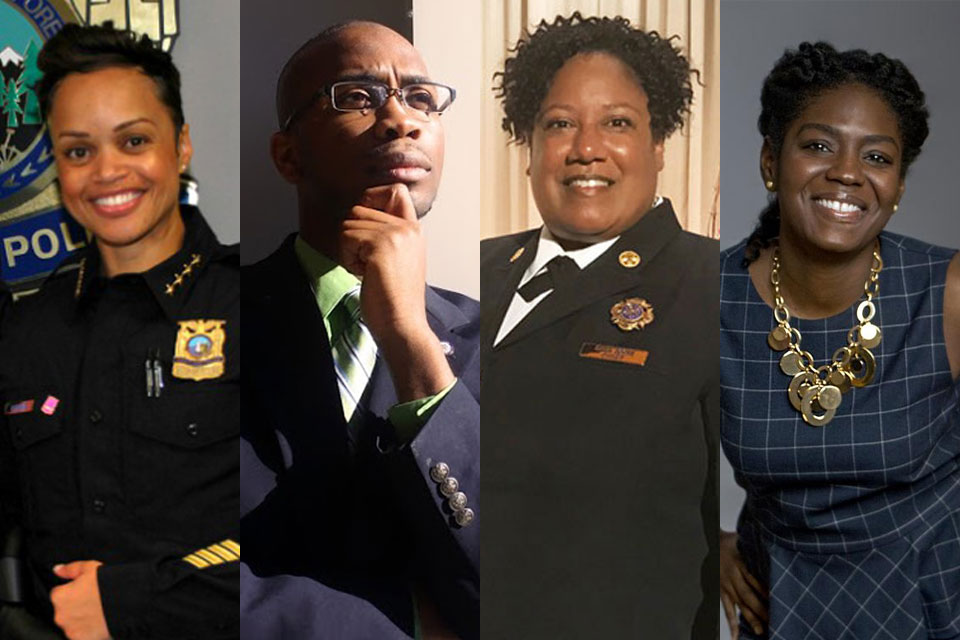 Guests, Chief Danielle Outlaw, Chief Sara Boone, Deputy Chief Jamal Fox, and Chief Serlida Summers-McGee will share their personal and professional experience on navigating the workplace. They were chosen because they have each made incredible strides in their careers and have unique origin stories. Attendees will be able to network with city leaders and other business professionals and entrepreneurs.

There is limited seating and registration is required. Tickets are "name your own price" on Eventbrite. Food and beverages will be provided.

The goal of host Simple X is to leverage intimate conversations with leaders and entrepreneurs in order to spark stimulating conversations and create a space for collaboration.

About the guest speakers:

Chief Sara Boone's career with PF&R began in 1995. She became a lieutenant in 2002, after placing first on the promotional list and then became a Captain in 2006 assigned at several Stations plus Training Academy and BHQ. In 2014, Boone promoted to Battalion Chief, served as Safety Chief, appointed Deputy Chief of Logistics and currently the Division Chief of Medical Services and Training.

Chief Jamal Fox comes with a background in local government, most recently serving as the Property & Business Development Manager for Portland Parks & Recreation.Fox was elected to the Greensboro City Council in North Carolina representing District 2, at the age of 25. He was later re-elected, serving until 2017 before moving to Portland to be with his family. Prior to being elected Greensboro City Council, Fox worked for the City of Greensboro in the City Manager’s Office and the Department of Planning and Community Development. He is also a former North Carolina A&T State University Political Science Adjunct Professor and High School Social Studies/Teen Leadership Teacher.

Chief Serilda Summers-McGee has been the Chief Human Resources Officer since December 2017. She has more than 15 years of progressive experience in human capital management with expertise in a broad range of HR disciplines. Her career started in higher education, holding positions in admissions, financial aid and serving as the Assistant Dean of residence life at Reed College from 2006 - 2010. Serilda then became the executive director at Partners in Diversity in 2011, an affiliate of the Portland Business Alliance. Working with HR departments in companies throughout the Portland region on strategies to recruit and retain executives of color.