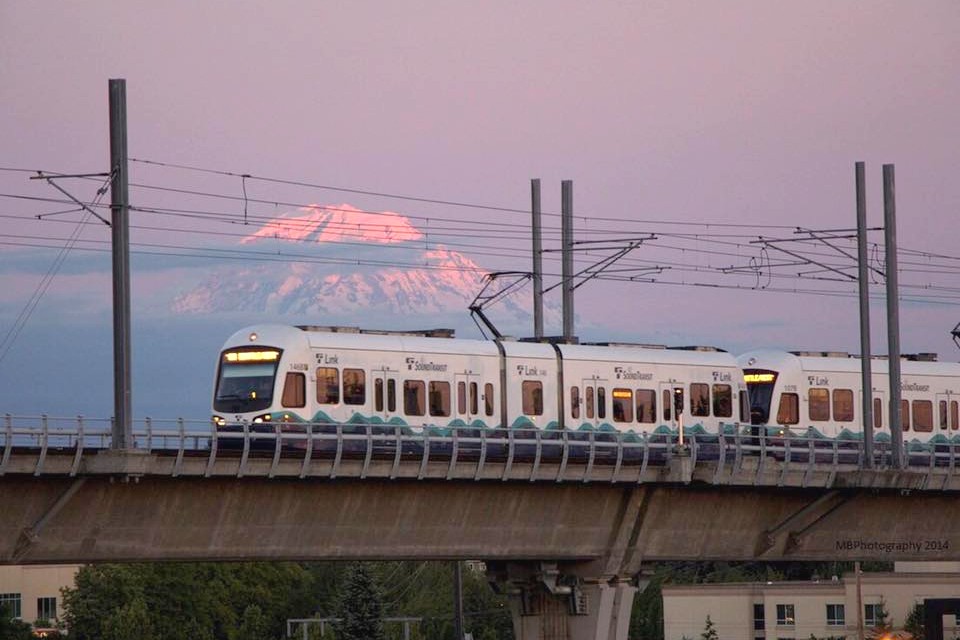 Seattle has an opportunity to transform a crowded highway into a model of efficiency, carbon-reduction and economic development for the rest of the city and other growing regions across the country.

Each day 32,500 passengers ride buses on the Aurora corridor including the E Line, the busiest bus in Washington. The E line serves four urban villages north of downtown that have recently been upzoned for even higher density, meaning that Aurora will only get more clogged in the years to come.

“Seattle has the opportunity to demonstrate real leadership by passing ST4 and making it easier or working Seattleites, students, and everyday people to get to and from work,” said Shaun Scott, who is running for Seattle city council in District 4.

“I am committed to rezoning for greater social housing options near light rail stations, free public transit, and recognize that high-quality rapid transit is both a progressive and pragmatic solution to the climate crisis. In the coming years, I look forward to seeing light rail serve communities with high rates of displaced residents in the north and south end of the Puget Sound region,” said Scott.

Aurora is a major transit corridor and represents an opportunity for establishing transportation infrastructure on an accelerated timeline.