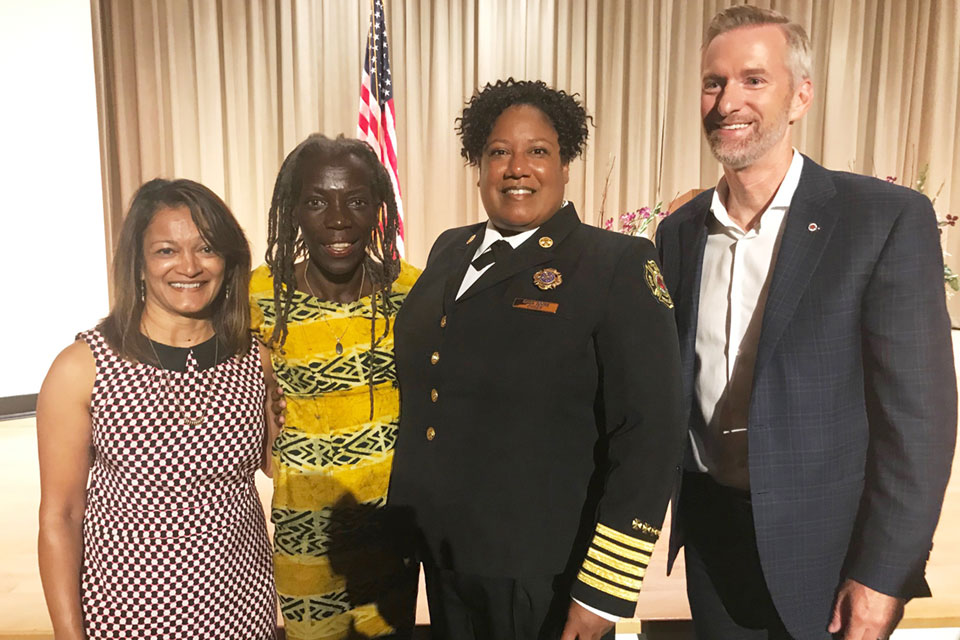 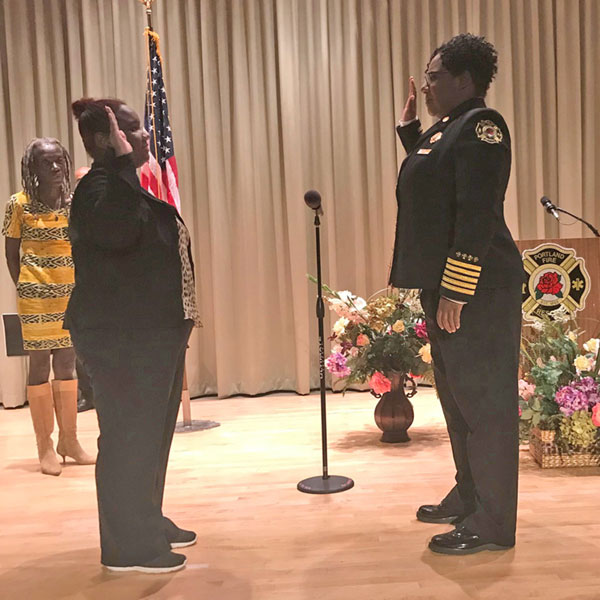 Portland Fire & Rescue Chief is sworn in by Deputy City Auditor Meghaan Davis. Photo by Bernie FosterSara Boone, Portland’s first African American fire chief and its second ever female chief, was sworn in Aug. 12 at Portland Community College’s Cascade campus. In June city commissioner Jo Ann Hardesty announced her selection of Boone to lead the bureau. Boone is also the first African American female firefighter to serve Portland since the creation of Portland Fire & Rescue in 1883. She replaces interim fire chief Ryan Gillespie, who served a temporary term after the departure of Chief Mike Myers, who left Portland at the beginning of this year but recently returned to direct the city’s Bureau of Emergency Management.

During the swearing-in ceremony, Hardesty said Boone initially balked when invited to apply for the position – an idea Hardesty said was originally floated by Gillespie and echoed by others within the department. She also said the history-making promotion was bittersweet and “at least 100 years overdue.”

Following a moment of silence for victims of recent mass shootings and a firefighter who recently lost his life to occupational cancer, Boone said risk reduction was her number one priority for the bureau.

“Going forward I pledge to you my support in creating a more equitable and inclusive work environment where all voices are heard and trust is restored,” Boone said.