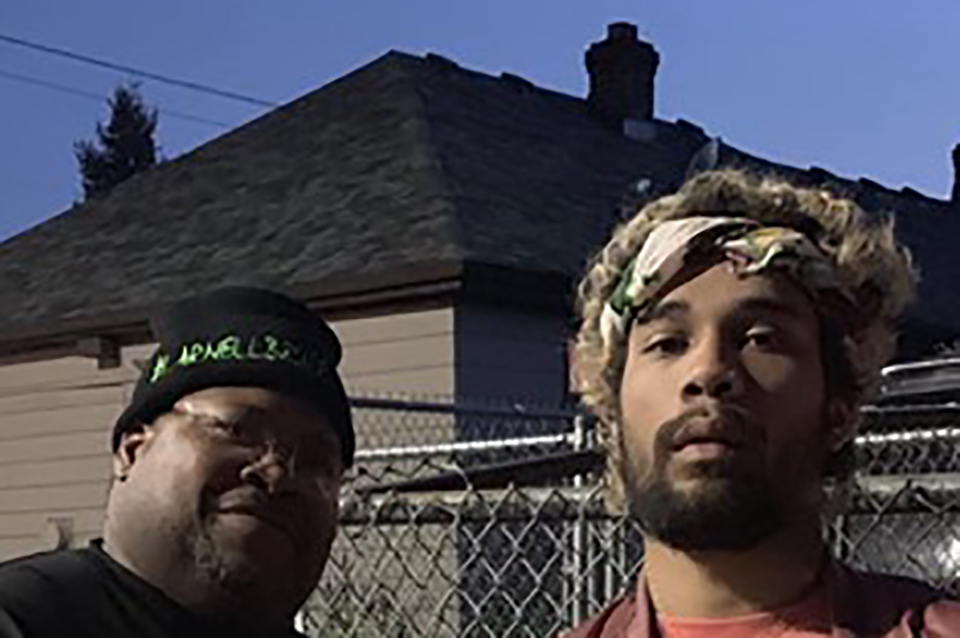 By Christen McCurdy | The Skanner News
Published: 09 May 2019

Last Saturday Portland rapper Swiggle Mandela decided to raffle off a ticket to Game 4 of the NBA Playoffs during a show at his store, Shop La Familia & Co-op on North Lombard.

Originally, the plan was for the winner to accompany Mandela to the game, which took place May 5 at Moda Center and which saw the Portland Trail Blazers face off against the Denver Nuggets. But the winning ticket went to Larnell Bruce, Sr., whose son, Larnell Bruce, Jr., was killed by a White supremacist in 2016 in Gresham. Russell Courtier, the man who killed him, was convicted of murder in March and sentenced in April to life in prison.

“When Larnell won, I gave up my seat so that him and his wife could go together,” Mandela told The Skanner. He said Bruce was at the shop to see his nephew perform.

“For myself as an artist it just feels good to be able to touch the community as a whole, even outside of Portland -- and then connect with other powerful people as well,” Mandela said.

The Trail Blazers lost that game 116-112, and after another loss Tuesday, the team trails Denver 3-2 in the best-of-seven series. The Blazers face the Nuggets again Thursday night at Moda Center.