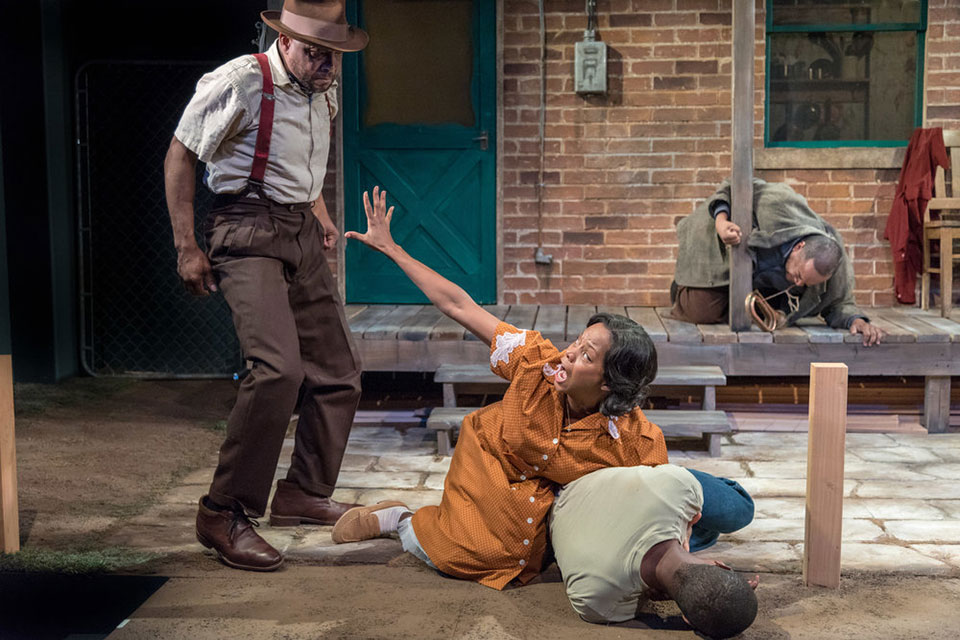 Husband, father, former athlete, garbage collector – 53-year old Troy struggles to define himself both inside and out of his 1950s Pittsburgh home.  Winner of the Tony Award for Best Play, the Pulitzer Prize for Drama, and the Drama Desk Award for Outstanding Play,  “Fences” asks “What makes us choose the things we keep at a distance and what we decide to let in?”

This production will be the seventh of Wilson’s 10-play “American Century Cycle” that the Playhouse has staged.

Director Lou Bellamy (Obie award for “Two Trains Running”) is the founding artistic director of Penumbra Theatre Company, which has produced more August Wilson productions than any company in the world, including the premiere of “Jitney!”

On May 20, in honor of Mental Health Month, there will be a panel discussion following the matinee performance. “The Black Community & Mental Health” is aimed at dismantling barriers and addressing the needs of mental health access and services for the Black community. This discussion will feature Noni Causey, Lakeesha Dumas and Michelle M. Lewis, and will be moderated by Tony Funchess. To learn more, visit here.

The June 10 performance will also feature a discussion following the matinee performance, this one in honor of Father’s Day. “Black Fathers & Their Sons: An intimate conversational experience,” focuses on “what we say, what we wished we said, and the things rarely heard outside the black home.”

The run time for this production is two hours and 45 minutes, including a 15-minute intermission. To learn more or to purchase tickets, visit the Portland Playhouse’s website.