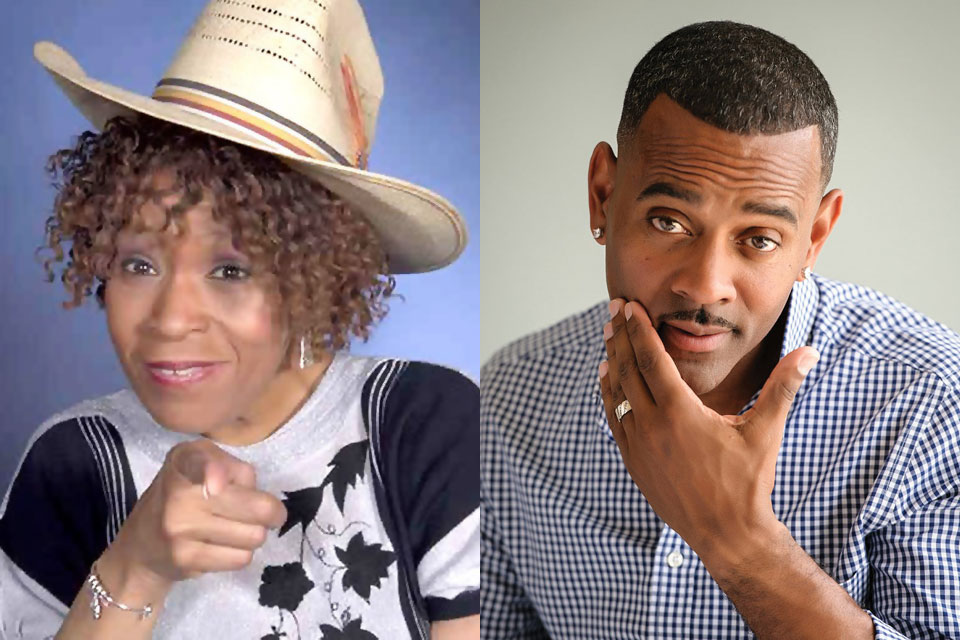 Co-headliners Debbie Wooten and Ralph Porter will perform six shows at Harvey’s Comedy Club from May 24 – 27.

Debbie Wooten is a comedy diva who speaks from her “ heart and uterus” and lays it straight. A true motivational speaker with a knack for storytelling, Wooten has a beautiful way of pulling laughter from her own experiences of overcoming adversity (like being born with spina bifida, or contracting polio when she was five months old) and poking fun at things that she doesn’t understand. Debbie has performed with greats including Jamie Foxx, Louie Anderson, JJ Walker and Arsenio Hall. Her TV credits include BET’s “Comics A to Z,” “Funniest Moms in America” and “The Oprah Winfrey Show.”

Born in San Francisco, Ralph Porter got his start doing stand-up comedy in Anchorage, Alaska and eventually became the first local comic to win the Anchorage Laugh Off Comedy Competition three years straight. Porter has worked with some of the best comedians in the business (Sinbad, George Lopez, Tommy Davison and Mark Curry, to name a few) and has performed on BET's "One Mic Stand" and Bill Bellamy's "Ladies Night Out Tour."