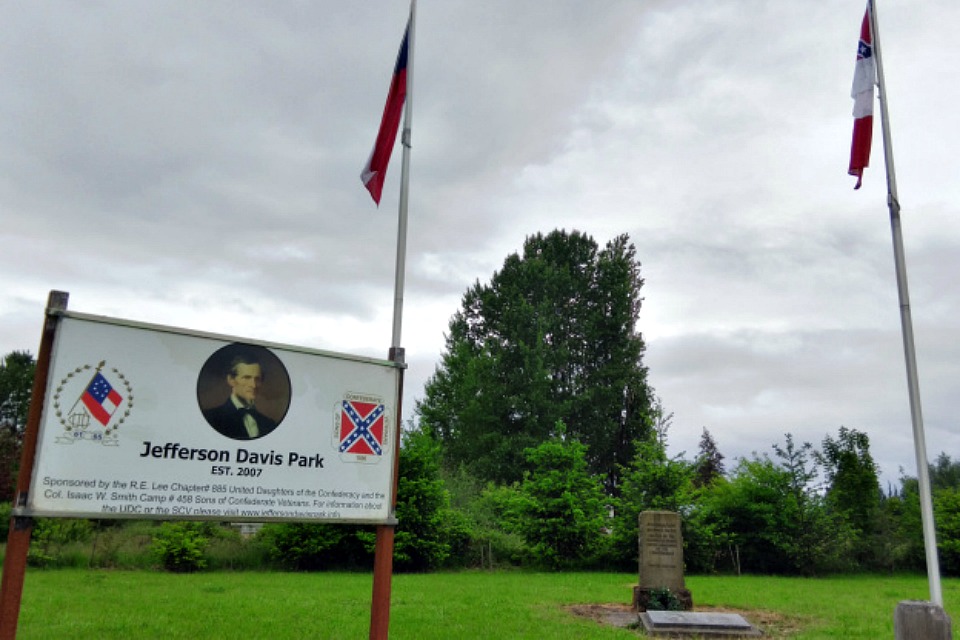 On Sept. 5, the ACLU People Power of Clark County, Wash. will hold a rally to demand the removal of the Jefferson Davis Highway marker from the Clark County Heritage Register.

Through their efforts, the public group and its supporters are taking the position that Clark County will not tolerate symbols of violence in their communities.

Clark County residents demand that the county cease all support of such monuments. In addition, advocates are asking that the marker be removed from the registry, and that no public resources are to be used to maintain, support or promote the monument and its surrounding Jefferson Davis Park.

The significance, rather, lies in the grassroots effort of the Daughters of the Confederacy, for the designation and commemoration of Highway 99, previously known as the Jefferson Davis Highway.

The marker was listed on the Clark County Heritage Register in 2002.