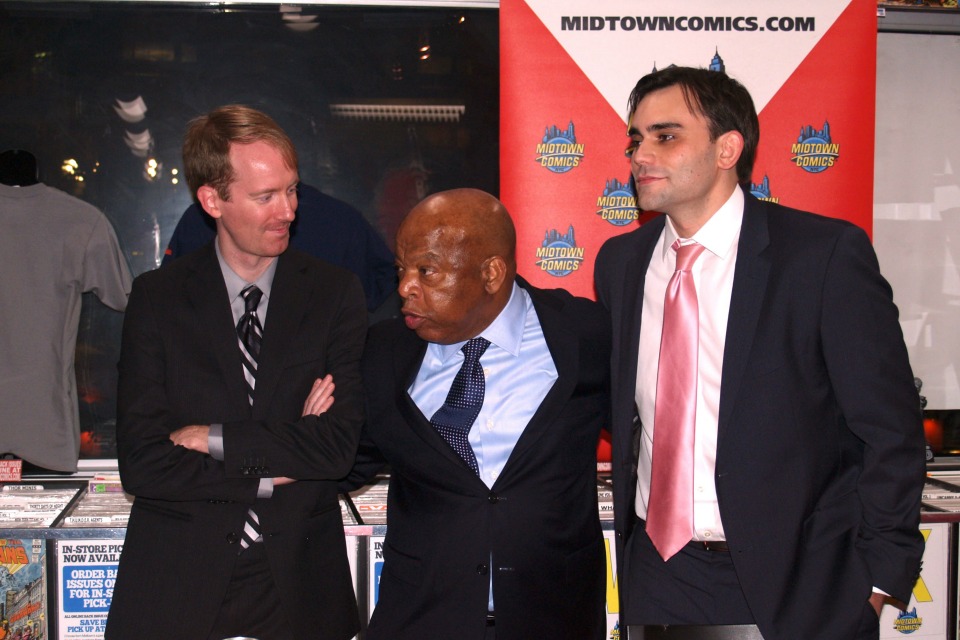 Hundreds of Seattle-area students will be invited to attend Migrations and Marches, an educational program presented in conjunction with the exhibition Jacob Lawrence: The Migration Series.

A very limited number of tickets for this free event will also be available to the general public. Migrations and Marches will be held on Wednesday, February 22 at 7 pm in Illsley Ball Nordstrom Recital Hall at Benaroya Hall across from the downtown museum.

Congressman John Lewis is an American civil rights icon whose commitment to justice and nonviolence has taken him from an Alabama sharecropper's farm to a seat in Congress; from a segregated schoolroom to the 1963 March on Washington; and from being beaten by state troopers to receiving the Medal of Freedom from the first African-American president.

MARCH shares Congressman Lewis’ remarkable story with new generations. Winner of the 2016 National Book Award for Young People’s Literature, the trilogy recounts the story of the civil rights movement through the eyes of one of its most well-known figures and shares important lessons about nonviolent activism and empowerment.

Migrations and Marches is presented in conjunction with Jacob Lawrence: The Migration Series at the Seattle Art Museum. Commemorating the 100th anniversary of Jacob Lawrence’s birth, the exhibition brings together for the first time in more than two decades on the West Coast all 60 panels of Lawrence’s masterwork that depicts the exodus of African Americans from the rural south in the decades after World War I.

Much like MARCH, Lawrence’s Migration Series distills a complex historical narrative into a series of evocative images and words. Completed in 1941, when the Great Migration was very much ongoing, the Migration Series presents a story of American history as it was happening. In it, we can see the beginnings of the historical moment to come: the Civil Rights Movement that MARCH recounts.

A book signing with Lewis, Aydin, and Powell will immediately follow the event. Copies of MARCH will be available for sale on site by Elliott Bay Book Company.

Major funding for this evening is provided by Matthew P. Bergman. Special thanks to Benaroya Hall for its additional support.

For more information and to reserve a ticket, please visit the event page at seattleartmuseum.org.