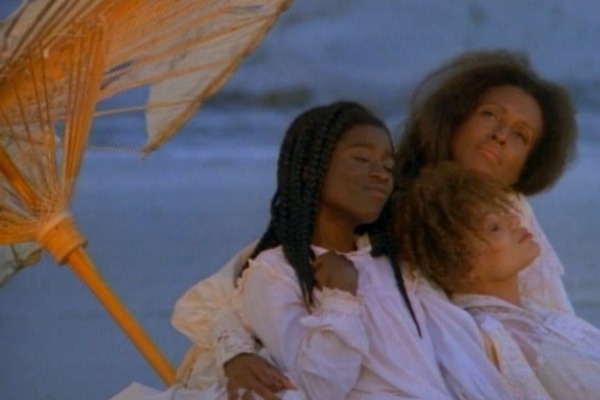 Film still from "Daughters of the Dust," a 1991 drama about the Gullah people, directed by Julie Dash and one of six films showcased in the Portland Black Film Festival

The third annual Portland Black Film Festival returns to the Hollywood Theatre with a line-up of movies highlighting the work of African-American women directors. The festival runs from Feb. 5 – 21, and features six cinematic works covering diverse topics such as urban life, infidelity, the Black Panthers and Soul Train.

The film series opens with the screening of the 1991 film “Daughters of the Dust” by director Julie Dash. The drama tells the story of the Gullah people, descendents of slaves living in isolation off the Georgia coast and the struggle to preserve their heritage and culture.

“Daughters of the Dust” was selected for preservation by the Library of Congress National Film Registry for being culturally and historically significant. Viewers of the film will behold a newly restored 35 mm print.

The most recent film to be included in the festival is the 2015 documentary “Black Girl in Suburbia” by Portland filmmaker Melissa Lowery. Through interviews, the film explores the experiences of black girls who grow up in predominantly white communities. Director Lowery will attend the Feb. 21 screening of her film.

The Skanner News’ Helen Silvis interviewed Lowery about her documentary which was influenced by her memories of being a black girl growing up in West Linn, a wealthy suburb of Portland, Oregon.

“When Ariella suggested focusing on women directors, it felt like the right direction to take,” Walker said.

Tai said she has a personal interest in films created by Black women, but often it was hard to even find these films, let alone see a screening. She sees more interest in the work of Black women filmmakers now, citing the successful work of directors Shonda Rhimes and Ava DuVernay.

To her, the festival is an opportunity to give these under-represented films a venue and to build on the history of cinema.

“I wanted to create a forum to honor the work of women who are often left out of conversations about Black cinema, and give theater-goers a chance to appreciate these films in their full glory,” Tai said

The full schedule of the Portland Black Film Festival:

For more information and to buy tickets, visit the Portland Black Film Festival page on the Hollywood Theatre website.