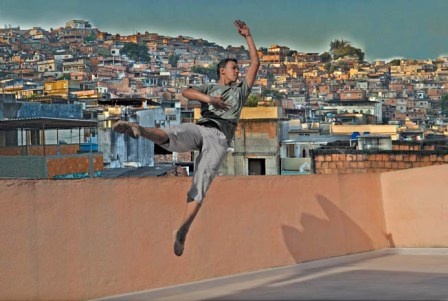 Irlan Santos da Silva in "Only When I Dance"

"The Twilight Saga: Eclipse" (PG-13 for intense violence and some sensuality) Episode three in the fantasy saga opens with high school graduation fast approaching, and Bella (Kristen Stewart) being forced to choose between her love of a vampire (Edward Pattinson) and her friendship with a werewolf (Taylor Lautner). Meanwhile, the Pacific Northwest again finds itself plagued by a string of mysterious slayings. With Anna Kendrick, Dakota Fanning and Bryce Dallas Howard.

"The Last Airbender" (Unrated) M. Night Shyamalan directs this initial offering in a live- action trilogy based on the popular, animated TV show "Avatar." First installment in the sci-fi fantasy series opens with the world at war and on the brink of destruction and revolves around the attempt of a young boy (Noah Ringer) to restore peace with the help of a couple friends (Nicola Peltz and Jackson Rathbone) and a flying bison (Dee Bradley Baker). With Dev Patel, Ali Khan and Rohan Shah.

"The Agony and Ecstasy of Phil Spector" (Unrated) BBC-produced bio-pic chronicling the rise and fall of the legendary songwriter and music producer who worked with everyone from The Ronettes to The Righteous Brothers to The Beatles until he received a life sentence last year for the 2003 murder of Lana Clarkson, a down on her luck actress he picked up at a bar.

"Only When I Dance" (Unrated) Inspirational documentary examines the exploits of a couple of Black teenagers, Irlan Santos da Silva and Isabela Coracy Alves Nascimento Santos, whose dedication to ballet enables them to enter international competitions and thereby escape the barrio of Rio de Janeiro. (In Portuguese and English with subtitles)