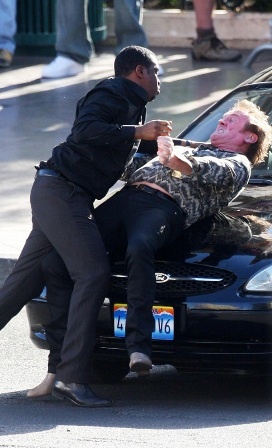 Get Him to the Greek (R for graphic sexuality, and pervasive sexuality and drug use) Intercontinental road comedy about the hijinks which ensue when an ambitious intern (Jonah Hill) is assigned to escort an over-imbibing, womanizing rock star (Russell Brand) from London to L.A. for a comeback concert. Spinoff of "Forgetting Sarah Marshall" features Rose Byrne and Sean Diddy Combs, with cameos by Christina Aguilera, Pink, Pharrell, Meredith Viera and Nobel Prize-winning economist Paul Krugman.

Killers (PG-13 for sexuality, profanity and violence) Ashton Kutcher and Katherine Heigl co-star in this action comedy about an international spy who retires from the CIA to settle down in suburbia with the girl of his dreams only to discover they're being trailed by vicious assassins intent on killing them. With Tom Selleck, Martin Mull, Catherine O'Hara and SNL's Casey Wilson.

Marmaduke (PG for crude humor and mild epithets) Live action adaptation of the popular comic strip features Owen Wilson as the voice of the clumsy, if lovable, Great Dane. Road comedy revolves around the pet and his owners' misadventures as the family relocates from Kansas to California. Cast includes William H. Macy, Judy Greer and Anjelah Johnson, with voiceover work by George Lopez, Marlon Wayans, Sam Elliot and Christopher Mintz-Plasse. 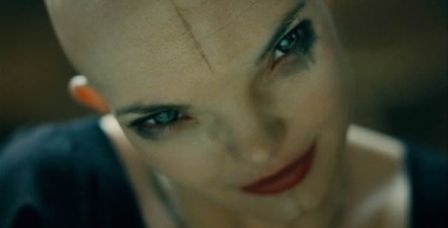 Splice (R for nudity, profanity, violence, disturbing images and graphic sexuality) Sci-fi horror flick about a couple of renegade scientists (Adrien Brody and Sarah Polley) whose ethically-questionable experimentation splicing together human and animal DNA results in the creation of a beautiful but dangerous mutant (Delphine Chaneac).

Burzynski (Unrated) Medical documentary chronicling the 14-year court battle waged by controversial biochemist Dr. Stanislaw Burzynski in a lawsuit against the FDA on behalf of cancer patients eager to try Antineoplastons, his life-saving, alternative gene therapy, in lieu of chemotherapy, surgery and/or radiation.

Cropsey (Unrated) Urban legend documentary shot by a couple of first-time filmmakers from Staten Island determined to find out whether there's any truth to the haunting rumor circulated during their childhood that an escapee from a nearby insane asylum had been responsible for the mysterious disappearance of five kids from their neighborhood.

Ondine (PG-13 for violence, sensuality and brief profanity) Oscar-winner Neil Jordan (for The Crying Game) directs this modern fairy tale, set in County Cork, about an Irish fisherman (Colin Farrell) who becomes convinced that the woman (Alicja Bachleda) caught in his net is a mermaid. With Stephen Rea, Tony Curran and Alison Barry.

Rosencrantz and Guildenstern are Undead (Unrated) Horror comedy about a stage director (Jake Hoffman) who hires his ex (Devon Aoki) and best friend (Kris Lemche) to co-star in an offbeat adaptation of Hamlet only to find the production plagued by the arrival of some sexy, 2,000 year-old vampires.

Valhalla Rising (Unrated) Historical saga, set in 1000 AD, revolving around a mysterious mute warrior (Mads Mikkelsen) with superhuman strength who discovers his true self aboard a Viking ship headed for Jerusalem which ends up diverted to the gates of Hell instead. With Gary Lewis, Jamie Sives and Callum Mitchell.

Whiz Kids (Unrated) Brainiac documentary about a trio of 17 year-old eggheads competing to win the nation's most prestigious science competition.