Film Review: Afghan Star -- Out of the Burka and Into the Spotlight. 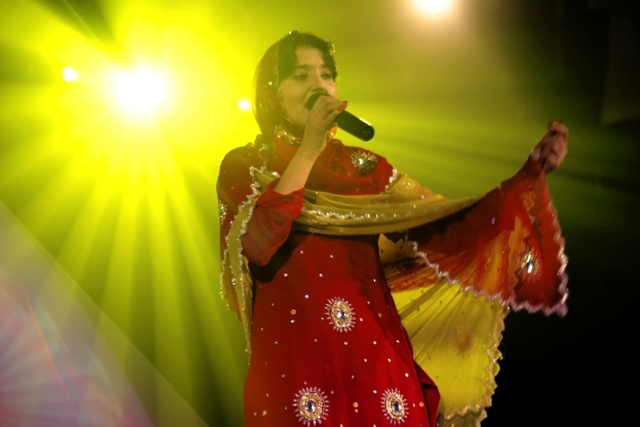 If you want to know why we're fighting in Afghanistan, all you have to do is watch this nail-biting documentary chronicling a season of the country's equivalent of American Idol. Forget the fact that the contestants on this reality series, Afghan Star, are far less talented than even lowly American Idol also-rans, routinely humiliated by judge Simon Cowell -- contestants like William Hung and Sanjaya.
No, this film is as much about off-camera survival strategies as about onstage performances. Because of the resurgence of the Taliban, the entrants risk life and limb simply by appearing on the show. This predicament persists even though the season finale is so popular that over a third of the nation's population tunes in.
For remember, under repressive Taliban rule, singing and dancing were outlawed, and women were denied any education and required to cover themselves in basic black from head to toe. But once America deposed the religious zealots, some semblance of normalcy returned, in part prompted by the Western-style programming introduced by the Tolo TV network.
Directed by Havana Marking, Afghan Star focuses on the diverging fates of four of the finalists from among the thousands of hopefuls who initially auditioned. Rafi, 19, and Hameed, 20, are intrepid young crooners whose desire for fame outweighs their fear of a fatwa, aka a death sentence. But the guys' bravery is easily eclipsed by that of Lima, 25, and Setara, 22, since what apparently really gets under the skin of the still-powerful Taliban mullahs is the idea of women as entertainers.
The plot thickens when Setara summons up the gumption not only to dance during her act but to uncover her hair to boot. Such a defiant decision prompts Muslim fanatics to issue a fatwa. I wonder what would happen if they showed those nutty Neanderthals a couple of BET booty calls music videos. I bet they'd drop dead from apoplexy right on the spot.
Anyhow, Setara gets evicted by her landlord, is shunned by friends, and has to go into hiding while still on the show. And all this for hopes of landing a paltry $5,000 grand prize. I won't dare reveal who emerges victorious, but I'm not sure there are any winners in a land where females lives are ruined just for exercising God-given freedoms as fundamental to the human condition as walking and breathing.
Proof positive you can't bomb people back to the Stone Age, if they're already there. A flick likely to leave you grateful and counting your many blessings. 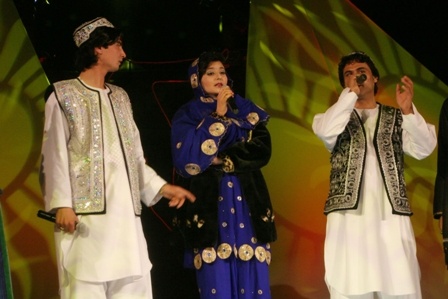 In English, Pashtu and Dari with subtitles.