On Broadway, More Visibility, Yes, but Also an Unseen Threat 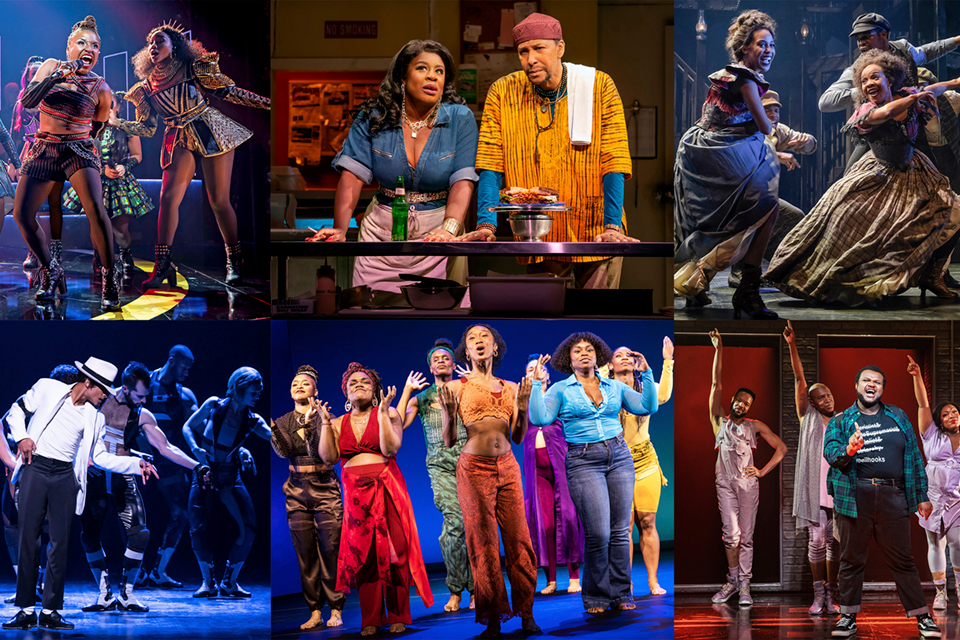 NEW YORK (AP) — At a lunch for Tony Award nominees last month, veteran theater producer Ron Simons looked around and smiled. It seemed appropriate that the gathering was held at The Rainbow Room.

“I can guarantee you I have not seen this many people of color represented across all categories of the Tony Awards,” he recalled. “It was a diverse room. I was so uplifted and impressed by that.”

For the first full season since the death of George Floyd reignited a conversation about race and representation in America, Broadway responded with one of its most diverse Tony slates yet.

By comparison, at the 2016 Tonys — the breakout season that included the diverse “Hamilton,” “Eclipsed” and “The Color Purple” revival — 14 of the 40 acting nominees for plays and musicals or 35% were actors of color.

“Let’s hope that the diversity that we saw in the season continues to be the norm for Broadway, that this isn’t just an anomaly or a blip in reaction to what we’ve been through, but just a reset,” said Lynn Nottage, the first writer to be nominated for both a play ("Clyde’s") and musical ("MJ") in a single season.

Other firsts this season included L Morgan Lee of “A Strange Loop” becoming the first out trans performer to be nominated for a Tony. Adam Rigg, scenic designer of “The Skin of Our Teeth,” became the first out agender designer nominated and Toby Marlow, “Six” co-creator is the first out nonbinary composer-lyricist nominated. 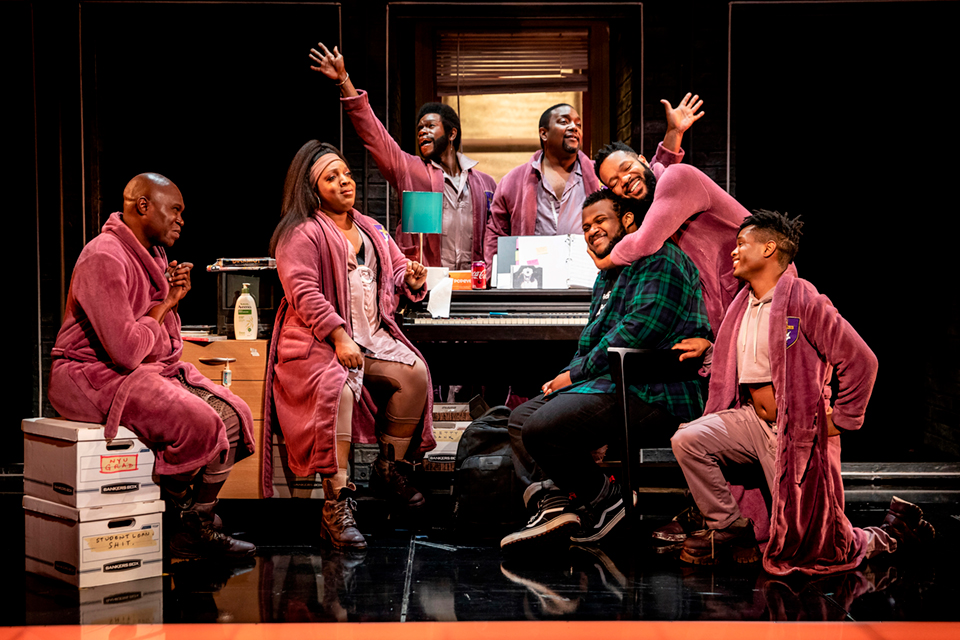 “I’m very, very excited about all the new voices we’re hearing, all the new new writers who are represented on Broadway for the first time,”

“If all the world’s a stage, our stage certainly is the world. I’m really proud to be up there with all the actors,” says Thornton, who uses his wheelchair as a cunning asset to play the savvy nobleman Lennox.

But while representation was seen across Broadway this season so was an invisible virus that didn't care. The various mutations of COVID-19 sickened actors in waves and starved many box offices of critical funds. Skittish theater-goers who returned often had an appetite for only established, comfort shows.

Several of the Black-led productions came up short, including “Thoughts of a Colored Man,” “Chicken and Biscuits,” and "Pass Over." They debuted in the fall, just as Broadway was slowly restarting and audiences were most fearful. “Thoughts of a Colored Man” closed early because it didn't have enough healthy actors, at one point enlisting the playwright himself to get onstage and play a role.

One of the most painful blows was a revival of Ntozake Shange’s “for colored girls,” which struggled to find an audience. The cast of seven Black women included deaf actor Alexandria Wailes and, until recently, a pregnant Kenita R. Miller. It earned strong notices and a whopping seven Tony nominations. But it will close this week.

“In past seasons, had there been a play with seven Tony nominations and this bevy of glowing reviews, the show would have gone on for quite a while,” says Simons, the lead producer. “There’s an audience for this show. That’s not the problem. The problem is getting the audience into the theater to see the show.”

Despite a glut in inventory and not enough consumers, there were clear game-changers, like “A Strange Loop,” a musical about a gay Black playwright, that captured a leading 11 nominations, besting establishment options like a Hugh Jackman-led “The Music Man.” Broadway veterans agree that extraordinary storytelling was available for those hardy souls who bought tickets.

“I’m really proud to be a part of one of the voices of Broadway this year,” said Anna D. Shapiro, who directed Tracy Letts' Tony-nominated play “The Minutes,” which exposes delusions at the dark heart of American history. “ I am so impressed by the vitality and the dynamism.”

Broadway data often suggest improvements one year, then a drop off the next. Take the 2013-14 season, which was rich with roles for African Americans, including “A Raisin in the Sun” starring Denzel Washington, Audra McDonald channeling Billie Holiday in “Lady Day at Emerson’s Bar & Grill” and the dance show “After Midnight.”

There were also African-Americans in nontraditional roles, like James Monroe Iglehart as the Genie in “Aladdin,” Nikki M. James and Kyle Scatliffe in “Les Miserables,” and Norm Lewis becoming the first Black Phantom on Broadway in “The Phantom of the Opera.”

That season, Black actors represented 21% of all roles. But the next season, the number fell to 9%. 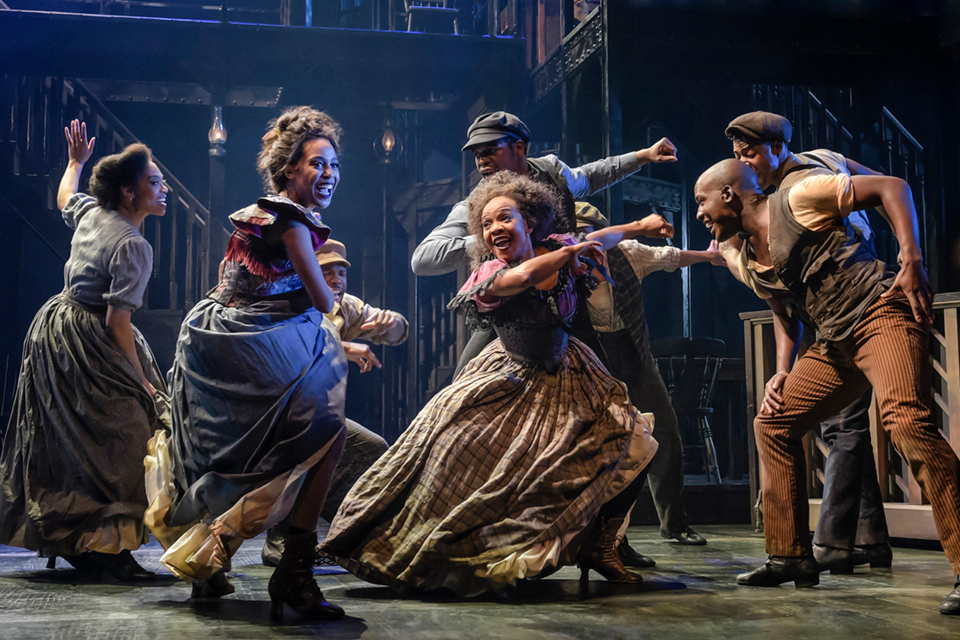 Camille A. Brown, who this season together with Lileana Blain-Cruz became only the second and third Black women to be nominated for best direction of a play, has weathered the ups and downs.

Simons is optimistic the gains this year will last and celebrates that, at the very least, a group of diverse actors got their Broadway credits this season. He predicts more Tony winners of color than ever before.

“Even though the box office hurt all of our feelings, it really is a celebration because never have we seen this kind of diversity happen on Broadway,” he says. “It is a rare year and it is a rare year for both the good and the bad.”