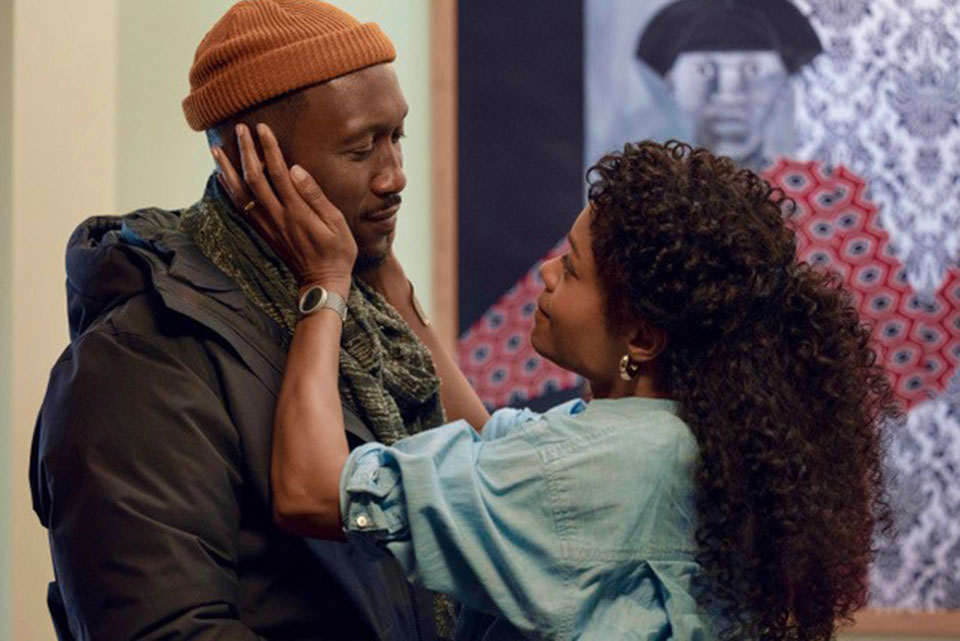 “I love you Cameron Tanner. Always have. Always will.” Most husbands adore their wives’ words of love. Cameron’s (Mahershala Ali, Moonlight) ambivalence stems from his secret, painful ordeal. He’s dying and his wife Poppy (Naomie Harris, Moonlight) doesn’t know it.

Convulsions. Blackouts. Brain disease is draining the life out of him. Poppy has just emerged from months of depression after the death of her brother Andre (Nyasha Hatendi) and the couple is going through a rough patch. He can’t heap more burdens on her or fathom leaving her alone to parent their young son Cory (Dax Rey). Out of sheer desperation, Cam seeks out a service that can clone him—DNA et al. A genetically engineered replica would integrate into his family, without their knowledge, and support his wife and child long after he’s died. Nothing goes smoothly.

The dra/sci-fi premise is set in the future when driverless cars are old hat and technology has made human replication near seamless. Best Short Film Oscar-winner Benjamin Cleary (Stutterer) builds the characters with three dimensions in a genre that rarely uses more the two. The evocative storyline reveals plot points in a jumbled spread-out fashion. Things are hinted at before being revealed. It’s an alluring puzzlement that grabs then holds your attention.

When Cameron and his doppelganger confront each other’s fears and act out, the film finds its footing. Then, real outward emotions ground the previously sterile storyline and themes of selflessness and making the ultimate sacrifice emerge. It’s enough to make audiences consider if they would do the same if they faced similar circumstances and could get away with it. 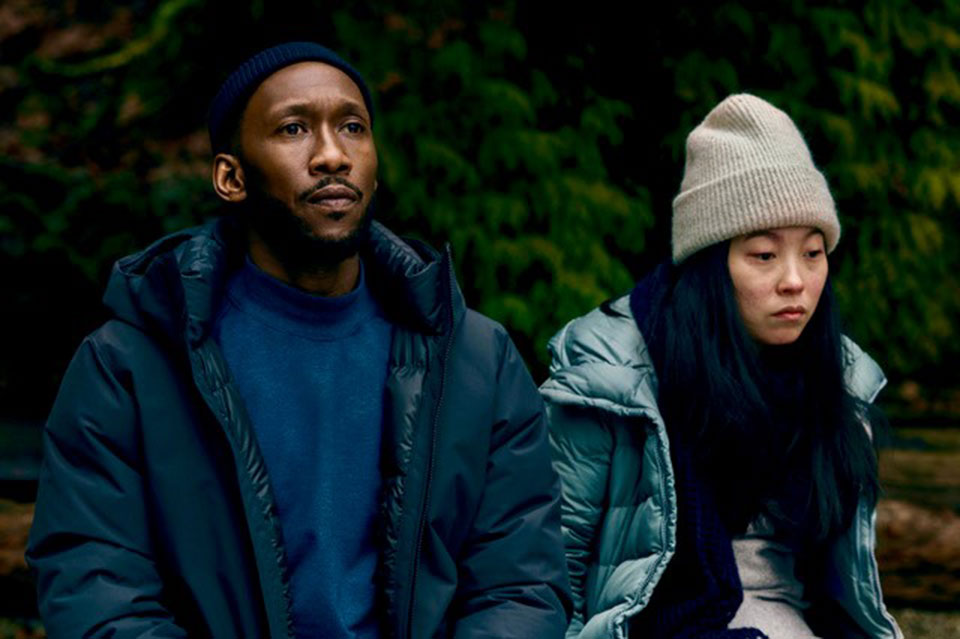 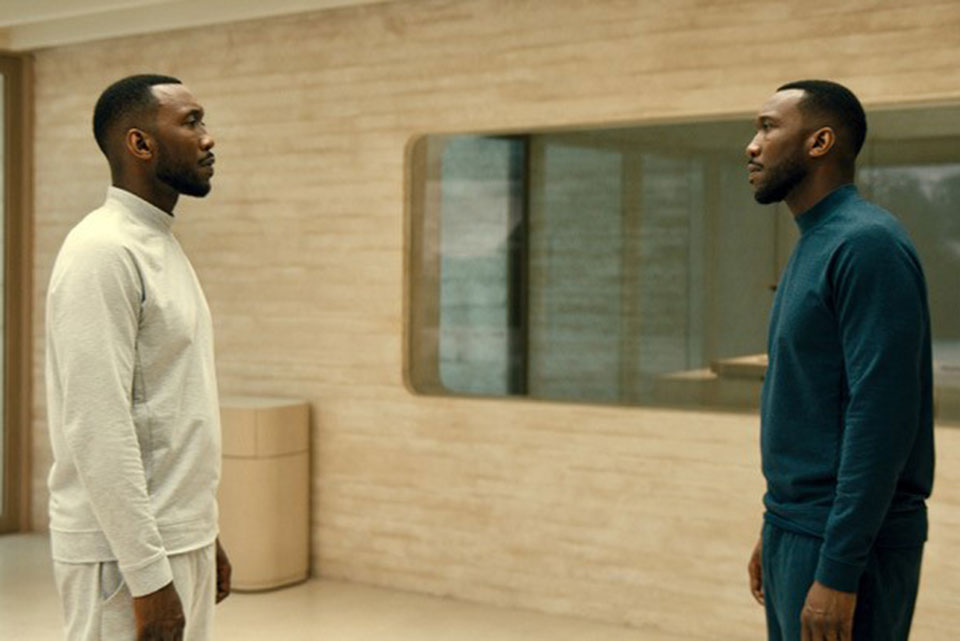 Only an actor of Ali’s caliber could interpret a character on death’s door with so much grace he makes you feel his sorrow in every frame and understand his apprehensions. Actors playing two characters on screen at the same time is routine. Actors making this kind of deep connection with their alter egos is not. Feelings well up in Cameron and his clone that Ali passes along to you in the most haunting way. Harris, as a musical therapist who plays the piano and sings with an enchanting soprano voice, melts into the Poppy character. Her misery is blinding and her happiness celestial. It’s easy to see why a husband would not want to abandon her. Together, Ali and Harris magically forge a partnership that is earnest and endearing. 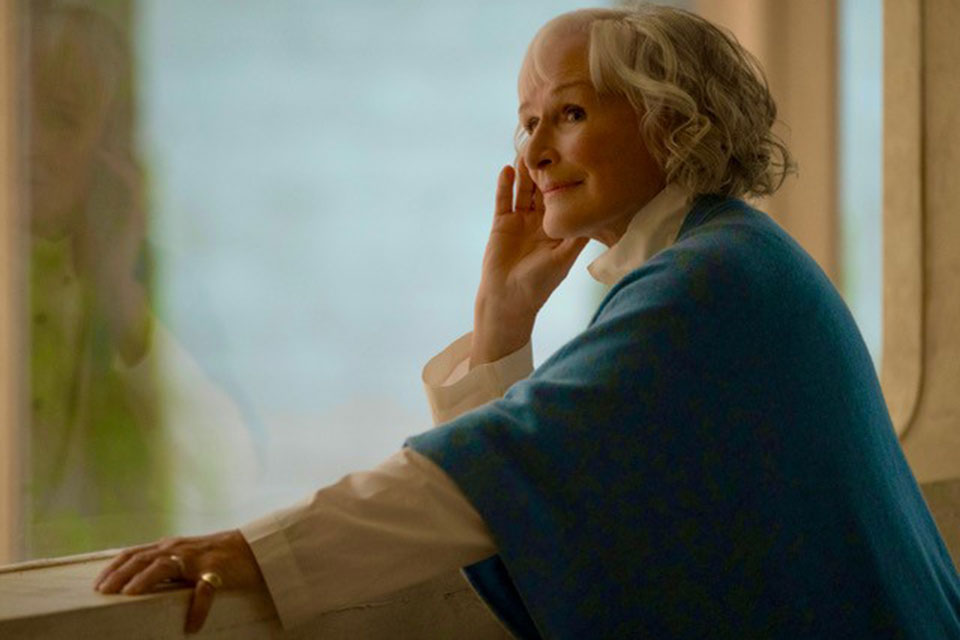 Glenn Close as Dr. Scott, leader of the experimental Arra Laboratory, is as nurturing as she is callous. Adam Beach is far more sensitive and caring as Dalton a lab technician. Providing needed comic relief among the constant strain of sadness is the job of Awkwafina as Kate, a woman in a similar last chapter situation.

The mixed feelings of the main character surmise the mixed feelings the audience will have watching a very sobering narrative that brings death to the forefront. In real life the only way you can leave a piece of yourself behind is by passing your spirit along to the ones you know and love. Here, Cameron gets to kick the tires and check under the hood of the look-alike who will keep his persona alive. It’s surreal, poignant and stylish beyond words thanks to Cleary’s visions.

Come for the sci-fi tricks. Stay for a story bathed in an ethereal atmosphere that will keep you intrigued until the end. Whatever that may be.

He loves her. Always has. Always will.