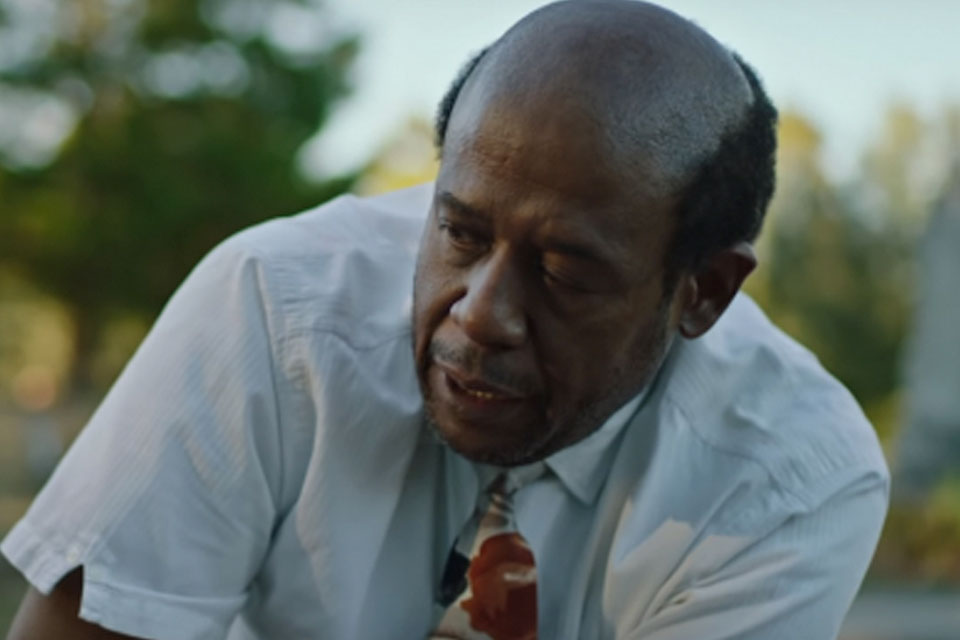 Burden is the true story about the life of Mike Burden, played by Garrett Hedlund. He is a Grand Dragon in the Ku Klux Klan and his life takes a turn for the worse when he decides to leave the KKK. He loses his job and his home after his evil, racist boss seeks revenge on him for leaving the Klan. Tom Griffin (Tom Wilkinson) does everything in his power to make Mike regret leaving the Ku Klux Klan. Wilkerson does an excellent job of playing someone who is pure evil. (view video below)

Forest Whitaker’s character, Reverend Kennedy, gets involved when the Klan opens up a KKK museum right in the middle of town. Reverend Kennedy fights back not with hate or violence. His weapon is love and through protests by his church members, he hopes to show the Klan the error of their ways.

Burden takes place in 1996 in Laurens, South Carolina, a place where blacks were treated as second class citizens and racism was commonplace in the small town. The movie is a “no holds barred” true story about race that shows the ugliness of hatred toward our fellow man. Meanwhile, Mike falls in love with a single mother and when the two become homeless, against the wishes of his family, Reverend Kennedy takes them in.

To see the evolution of Garrett Hedlund’s character is like watching a drug addict go through recovery. He has his moments of kindness where he treats black people with respect and then he’ll sometimes slip back into being the old Mike, using the “N-word” when talking to blacks and showing them total disrespect. It’s the Reverend Kennedy who convinces him that all men are brothers. Burden is a real story about love winning over hate and the subject matter is just as relevant now as it was then. It’s an important movie for the times we are living in now. It reminds us not to forget what happened in the past or we’ll be doomed to repeat it.

The movie is rated R for harsh language, including frequent use of “The N-Word,” and runs for 2 hours and 9 minutes. On my “Hollywood Popcorn Scale” I rate Burden a JUMBO. Burden is currently streaming on Hulu and Amazon Prime.