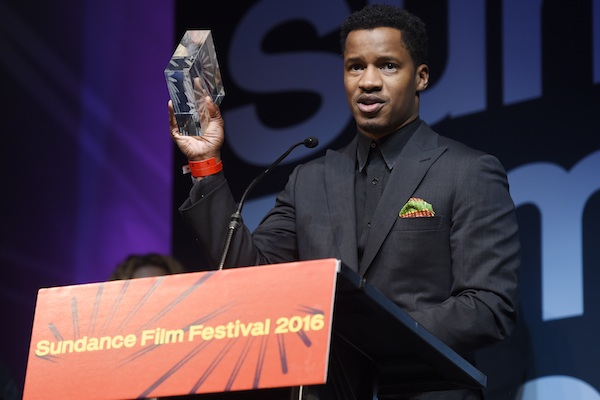 In a flurry of wins at the Screen Actors Guild Awards and the Sundance Film Festival, diversity made a comeback.

Over just a few hours Saturday night, the SAG Awards and Sundance showered their honors on a parade of performers and films that presented a stark contrast to the crisis that has plagued the Oscars. Shortly after the screen actors handed out awards to Queen Latifah, Uzo Aduba, Viola Davis and Idris Elba (twice), Nate Parker's Sundance sensation "The Birth of a Nation," a drama about Nat Turner's slave rebellion, swept the festival's awards.

The two ceremonies, in Los Angeles and Park City, Utah, offered a night of reprieve from weeks of rancor over systemic inequality in the movie business and a second straight year of all-white Academy Award acting nominees.

"Ladies and gentlemen, welcome to diverse TV," said Elba in his third trip on stage as a presenter at the SAG Awards. His first two were to accept awards for his supporting performance in the Netflix child soldier drama "Beasts of No Nation" and for his lead performance in the BBC miniseries "Luther."

"Thank you, Sundance, for creating a platform for us to grow, in spite of what the rest of Hollywood is doing," said Parker, whose directorial debut sold for a record sum to Fox Searchlight Pictures. 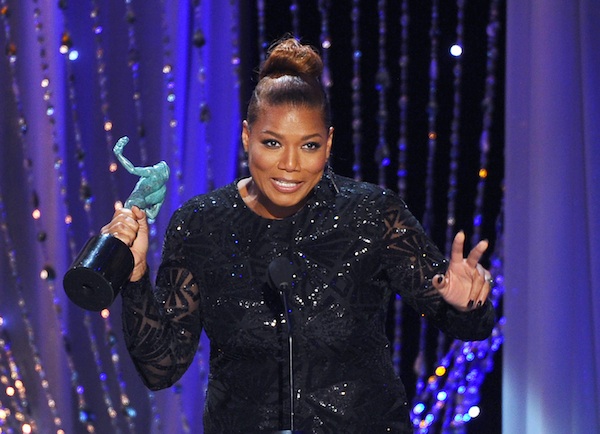 PHOTO: Queen Latifah accepts the award for outstanding female actor in a TV movie or miniseries for “Bessie" at the 22nd annual Screen Actors Guild Awards at the Shrine Auditorium & Expo Hall on Saturday, Jan. 30, 2016, in Los Angeles. (Photo by Vince Bucci/Invision/AP)

The SAG Awards top honor, best ensemble in a film, went to the newspaper drama "Spotlight," which came into Saturday badly in need of some momentum. The ensemble award had seemingly come down to "Spotlight" or Adam McKay's high finance tale "The Big Short," which last week took the Producers Guild's top award. The win assures a competitive and unpredictable Oscars finale, with "The Martian," ''The Revenant" and "Mad Max: Fury Road" also in the mix.

"No way," said Mark Ruffalo, one of the stars of "Spotlight."

He praised the writer-director Tom McCarthy and co-writer Josh Singer for their purposeful accuracy in penning the journalistic procedural about the Boston Globe's reporting on sexual abuse by Catholic priests. The two, he said, "took every single opportunity to tell the truth. They didn't take any cheap way. It was always the truth."

Elba made no direct reference to the uproar that has swept through Hollywood in the last two weeks, which might have been less severe had he been nominated by the Academy Awards, as many expected. But it was on the minds and tongues of seemingly everyone in Los Angeles' Shrine Auditorium.

Accepting the most outstanding ensemble award in a comedy series for Netflix's "Orange Is the New Black," co-star Laura Prepon gestured to the cast of the prison comedy standing behind her.

But supporting actor will differ this year. The category's perceived favorite is Sylvester Stallone for the Rocky sequel "Creed." Stallone, though, wasn't nominated by the screen actors.

Actors make up the largest branch of the Academy of Motion Pictures Arts and Sciences, which is why the SAG Awards are a closely watched harbinger of the Oscars. But the Screen Actors Guild is massive by comparison: some 160,000 members to the academy's 6,000-plus. Voting for the SAG Awards, which concluded Friday, also overlapped with the widespread debate over the industry's inclusiveness that followed Academy Awards nominations.

Latifah gave one of the evening's most stirring speeches while accepting the award for most outstanding female performance in a TV movie or miniseries for HBO's Bessie Smith tale "Bessie."

"I hope that anyone out there who does not come in the package that people say you should, keep fighting for it," said Latifah. Backstage, Latifah added: "Hopefully our business will continue to supply the demand that people are asking for. The people want it. Give it to the people."

Aduba, accepting her second straight SAG Award for best actress in a comedy in "Orange Is the New Black," praised creator Jenji Kohan for making "a show that reflects and represents so many people."

For the third time, "Downton Abbey" won best ensemble in a drama series. Best actor in a TV comedy went to Jeffery Tambor for the acclaimed Amazon series "Transparent." Kevin Spacey won his second SAG Award for "House of Cards."

The great comedian Carol Burnett accepted the SAG lifetime achievement award from presenters Tina Fey and Amy Poehler. Recalling the uphill battle she faced, Burnett remembered being warned that "comedy variety is a man's game." She then dramatically shook her head and mouthed: "No."

Davis, who in September became the first African American to win best actress at the Emmys, won again for her performance in "How to Get Away With Murder." She reminded that "diversity is not a trending topic."