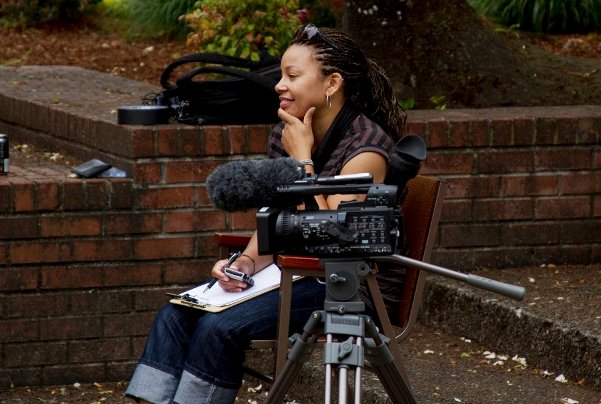 Growing up in an almost entirely White suburb, Melissa Lowery felt the stings that come with being the only Black girl in the room. So when her own daughter came home in tears over comments from classmates, she knew she had to do something about it.

Fast forward four years and Lowery is about to launch her groundbreaking new documentary, Black Girl in Suburbia.

“I felt compelled to do it for my girls,” she says. “I wanted them to know they are not by themselves.”

Black Girl in Suburbia premieres 11:30 a.m. Saturday June 7 at the Walter Cultural Art Center in Hillsboro. After that, Lowery plans to enter it in film festivals and show it in Portland and as many other places as possible.

Poetic and beautifully shot, Black Girl in Suburbia will break your heart with the vulnerability of its subjects.

Black girls who grow up in White suburbs endure a special type of isolation.

“I’ve had emails from women all over the country talking about their experiences,” Lowery says. “They said, ‘Oh My God, This is my story and I thought nobody knew what I went through.’”

She hopes it will spark discussions that lead to change among educators and parents of all races, as well as offering comfort to Black youth who may feel alone in their situation.

“It’s a bit different for boys, but they can relate.” she says. “This is not just for Black girls. Everyone can take something away from this.”

The film draws on Lowery’s experiences, growing up in West Linn, a wealthy suburb of Portland, Oregon.

Her mother, a single parent of three, moved to West Linn to be closer to her parents. She thought living in a privileged neighborhood would bring opportunities to her children.

“It never crossed her mind that they might have difficult experiences being the only kids of color in a White environment,” Lowery says.

The family attended many events and gatherings where she met plenty of other African Americans. Still, on many occasions she was the only person of color in the room. In first grade that awareness came as a shock.

“I had braids, beads. I didn’t look like anybody in that class. And there were no African American teachers or administrators in the school.”

Fortunately Lowery met another Black girl, May. The pair made an instant connection and remained friends through high school.

“I am really thankful for that relationship,” Lowery says. “I knew I was not the only one.”

May shares her experiences in the documentary along with other women and girls who are currently in high school.

Lowery says the difference between race and culture is poorly understood.

“A lot of people are afraid of having this conversation,” she says. “I don’t know why. It’s not really that scary. Everyone has a race. Everyone has a culture. There is a difference between race and culture, but we don’t teach our kids about that.”

Growing up in an all-white environment, you are surrounded by mainstream culture, she says, but you can’t settle into that environment with comfort.

Your hair and skin color make you stand out as different.  During Black History Month or when you’re studying Dr. King everyone looks at you. Even friends will come out with ugly stereotypes about your race.  And they may expect you to be ok with that, because, “We don’t mean you, we mean those other Black people.”

As the sole representative of your race, you feel conscious that anything you say or do could be used to judge all African Americans.

But in majority-Black environments, the way you speak dress and behave is often read as, “acting White.”

“It was a real struggle to be accepted,” she says. “You are in between two worlds with both expecting you to act a certain way.”

During her senior year in high school, Lowery became part of the youth social and service group, Les Femmes.

“It was the first time I felt very accepted for who I was,” she says. I felt comfortable in my own skin.”

Yet despite the challenges, Lowery feels she had a good childhood. After leaving school, she moved to Los Angeles, where worked as a production assistant in the research department on the show Entertainment Tonight.

It was in California that Lowery met her husband, Jason. When he landed a job as a head men’s basketball coach at Pacific University the couple moved back to Oregon with daughters,  Jayla, who is now 12 and Che, 9. Lowery took that opportunity to study film at Pacific University.

Like all African American parents, they were prepared to have “the talk.”

“We would have had eventually had those conversations,” she says. “You will have to work twice as hard. You will hear the N word. It will happen. Here’s how you respond.  You don’t get crazy. Don’t be the stereotype. Not everyone will look at you the same way.”

But Lowery didn’t think it would happen so fast.  Her older daughter Jayla was seven when she came home from school in tears.

“She was really upset because a girl had come up to her and asked her why her hair was different. She was the only brown girl in the class that didn’t speak Spanish,” Lowery says. “So all of a sudden she realized she was different.”

And that was when Lowery realized she had to take action.

A search showed no book or movie with the name Black Girl in Suburbia. And Lowery’s documentary was born. A Kickstarter page raised $1,000 overnight. Her project had hit a nerve. Since then, she’s been working to create a movie that will open eyes and minds. 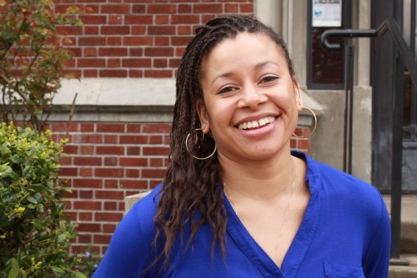 Lowery knows her daughters will face more challenges connected to race and culture. Last year, a boy used the N word talking to Jayla at school, leaving her feeling devastated.

But Lowery responded when the family of the boy who threw the insult, reached out to her.

“They wanted to meet and apologize in person,” she says. “We heard that the mom took action. She made him research the word and she explained everything she had had him do. The boy apologized and I think he really did get it.

“We also discovered that a group of boys had been throwing that word around for months.”

It is possible to prevent bullying in the classroom and beyond, Lowery believes. But it won’t happen without a deeper conversation that looks at how racial and cultural assumptions harm us all. That’s what her documentary is designed to do.

Check out the “Black Girl in Suburbia” website here