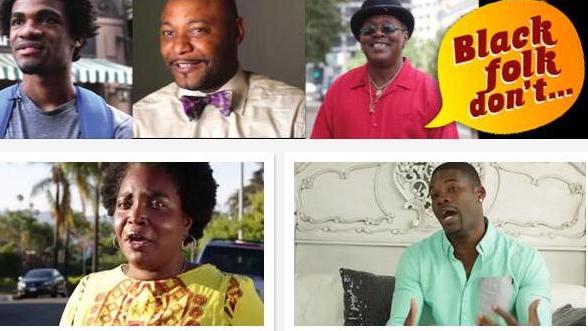 Like the late journalist Studs Terkel, filmmaker Angela Tucker tells her stories through the voices of everyday people as well as a few well-known ones.

Tucker’s films feature short cuts of African Americans, delivering their own take on everything from swimming , camping,  feminism and yoga, to going to the doctor, doing therapy, living to the end of a horror film and adopting children: all things that Black Folks Don’t (supposedly) do.

Watch it and see if you agree that it’s also very funny.

Series two of Black Folks Don’t was filmed in New Orleans. Series three hails from California. Check out the video and

find out more about Tucker and “Black Folk Don’t”  here. Post comments to the filmmaker on Twitter at  @blackfolkdont