Get down like Shakespeare. Flip language. Make up new words.  Be a rhyme master. 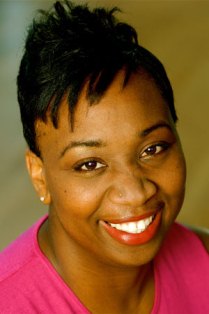 Oregon Shakespeare Festival will host a hip-hop poetry open-mic, May 2. The open-mic is the third of four free events, all scheduled for 7-9 pm Mondays at The Black Swan Theater, 15 S. Pioneer Street, Ashland. Upcoming dates are: May 2 and Oct. 10.

Newcomers and veterans of open-mic events are invited to mix and experiment, and share your writing, music and theatrical skills of any kind. There is no requirement to participate - we need appreciative people just to listen and appreciate the power of the spoken word. Admission is free.

This open mic will include special guest Khatt Taylor, who acted the role of the player queen in Hamlet as well as other roles at Oregon Shakespeare Festival. Khatt has rocked poetry slams from California and Illinois to Washington and Oregon. A graduate of the University of Washington's drama school, she has written and performed several one-woman shows and worked with many companies, including Intiman in Seattle.