Stockett's 'The Help' Heads to the Big Screen 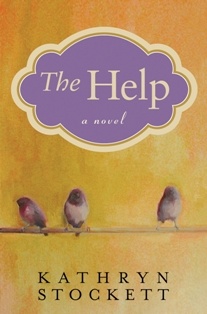 Kathryn Stockett and Tate Taylor have been best friends all their lives. Now they're collaborating on a major motion picture.


DreamWorks Studios recently slated Stockett's firecracker of a first novel, "The Help," for production. Taylor will be at the helm of his first major studio film.
Watch out Hollywood.
"Tate is trouble and put it in capital letters," Stockett said. "He is so much fun. We had a ball growing up. We got in so much trouble all the time. I was always getting grounded when Tate was there."
"The Help" was a publishing success story of 2009 and remains on best-seller lists well into 2010. It's spending its 50th week on the New York Times list of best-sellers at No. 2 and has been No. 1. More than 1.9 million copies have been printed.
The book tells the story of a group of black domestic maids in 1960s Jackson, Miss., who band together to tell the sometimes sad, sometimes triumphant stories of lives spent toiling for upper class Southern whites. "The Help" is both uproariously funny and poignant, resonating with readers across the country.
The book seems ready-made for a film and Taylor saw the possibilities early on when Stockett showed him her manuscript. The creator of a well-received short film, "Chicken Party," and 2009's "Pretty Ugly People," he was looking for a larger vehicle to develop, and his best friend had just the material for him.
"She didn't even have a publisher yet and I said, 'You've got to let me option this,"' Taylor said in an interview from New York, where he was having casting interviews. "And she said, 'I'm going to hold you to this. It's going to be so much fun.' And then, of course, she got her agent and I was the last person in the world they wanted."
Taylor had a few things going for him, though, including his relationship with producer and filmmaker Chris Columbus, who greatly admired "Chicken Party." Columbus, it turns out, is tight with Steven Spielberg, a co-founder of DreamWorks.
Columbus wanted to work with Taylor, but Taylor didn't immediately have a project, he said. Then, "The Help" came along.
"Nothing would ever stick and finally I told him about, 'The Help,"' said Taylor, who began working on the script two years ago. "And he read the script and he said, 'All right, this is the one."'
It's the kind of dreamlike sequence of events Stockett and Taylor might have mooned over as children as they talked about their hopes and plans for escape from oppressive Mississippi. Stockett and Taylor met when they were 5 at a Presbyterian church and had "an oddball affinity for each other," Taylor said.
They were artistic kids with dreams quite a bit different from those of their classmates. They cooked up little adventures when they were bored _ like the time when they were 14 and decided they'd go to New Orleans to eat at Brennan's Restaurant, a three-hour drive from home in Jackson.
"But we knew we couldn't get there and get back in time without getting caught," Taylor said. "So we invented a spend-the-night party, each of us did, on a Saturday night, and lied to our parents and we drove down to New Orleans ... got dressed up and went down there and just hit the town, and went and ate at Brennan's."
Stockett is at work on her second novel, a story set in Mississippi during the Depression. Meanwhile, she's keeping an eye on casting and location work for the film version of "The Help."
She's not really concerned, though.
"I don't have any say in what happens with the movie and there's much relief in that _ because you know it's Tate," she said.