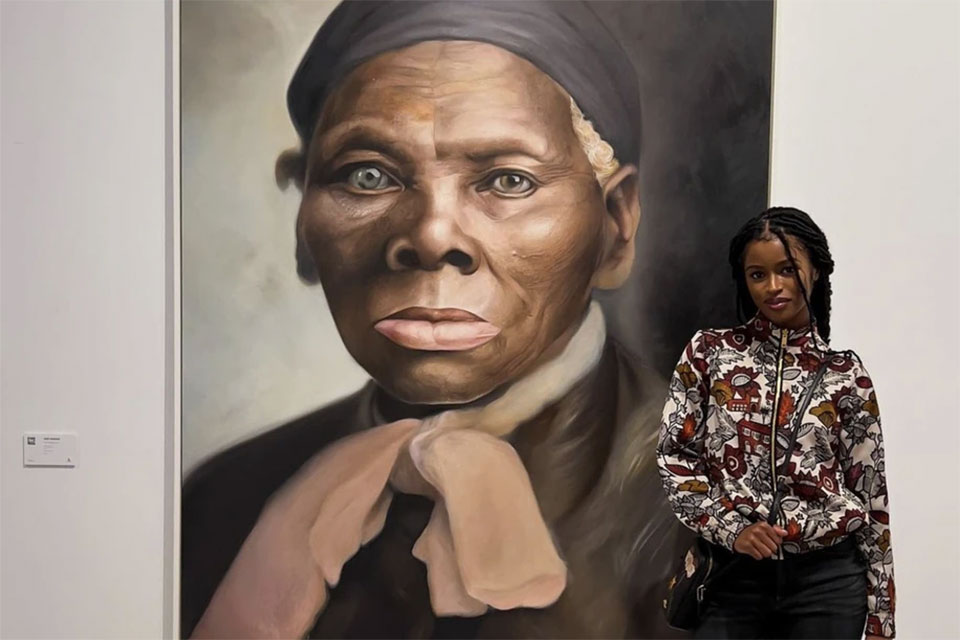 Jade Yasmeen, a Los Angeles based artist, recently debuted a her hyper realistic portrait of Harriet Tubman in color.

The image, which stands at 74x60 inches tall was a part of the Aku World exhibit during Art Basel in Miami, Florida.

“I chose Harriet as a way to commemorate the past. Our ancestry is so rich and deserves to be preserved.”

The painting, entitled “The Pain Below” was featured alongside two additional paintings of Yasmeen, including an oil painting of trailblazer Mae Jemison, the first African-American woman to travel to space.

The hyper-realism artist told Duchess International Magazine that she grew up  watching both her parents paint at their home in Tampa, FL. In 2015, after spending two years in college pursuing a degree in Elementary Education, she decided to double down on her artistic gifts and pursue art professionally.

“We have the power to make anything a reality. Anyone who hones in on their innate ability to dream for something beyond their reach is capable of achieving it. It’s possible if we just muster the courage to create it,” she said.

Yasmeen’s goal is to continue the legacy of those that came before her. With her paint brush, her canvas and her imaginative mind, she’s doing just that.