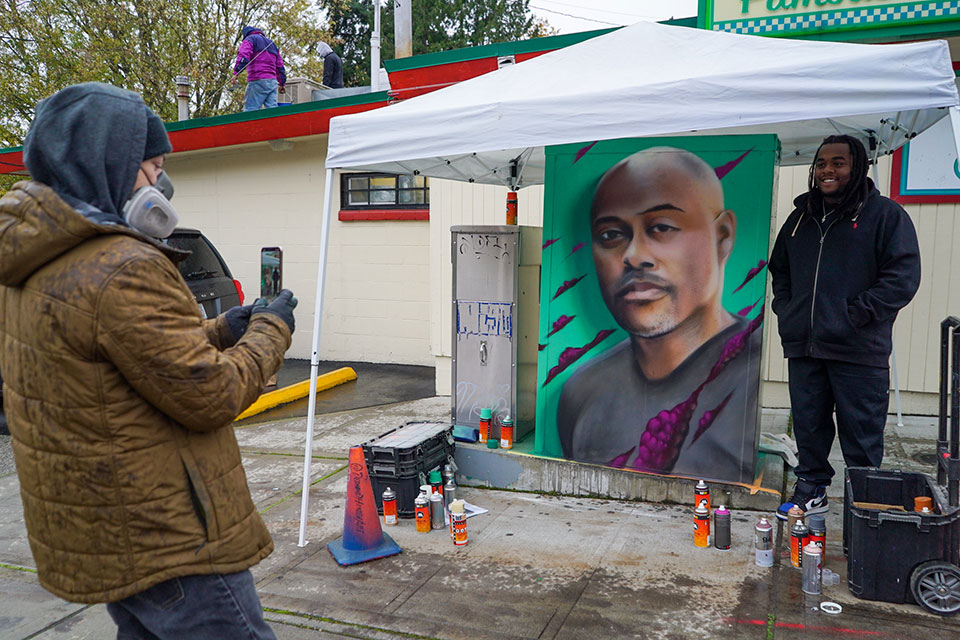 Artist Desmond Hansen was finishing his painting of Jonathan Moore on the Signal Box on the corner of Jefferson and 23rd in Seattle last weekend when Upendo Moore showed up to see the painting of his father. Upendo described his father as a “cultural ambassador” who was known to the community as Jonathan "Wordsayer” Moore.

Moore’s portrait is one of six commissioned by the Historic Central Area Arts and Cultural District for locations in the Central Area painted with the images of arts and legacy icons. The locations were selected with a potential trail/mapping project in mind.

The portraits on the signal boxes in the CD are part of a Seattle city-wide art project. QR codes will be attached to the boxes that allow passersby to learn more about the icon via their smartphone.