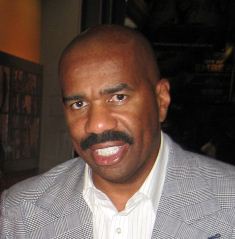 In a news release, Gov. Pat Quinn says the comedian, actor, author and radio host will host a one-hour program called "Steve Harvey" at the NBC 5 studios in Chicago.

Quinn says the program will create about 100 jobs and could bring about 35,000 audience members and visitors to the city each year.

The release says Harvey will cover a host of topics, from parenting to relationships to navigating today's workplace.

Harvey is one of four comedians featured in the Spike Lee movie "The Original Kings of Comedy" and starred in the TV sitcom "The Steve Harvey Show."