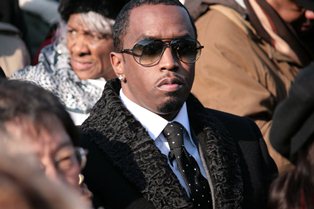 (CNN) -- Sean "P. Diddy" Combs has gone by many names, but for now we can call him hip-hop's biggest moneymaker.

Forbes magazine has released its list of the five wealthiest hip-hop artists of 2013, and Combs is No. 1. Forbes estimates that he has a net worth of $580 million.

The industry mogul is lining his pockets mainly with deals outside of music, particularly his work with Ciroc vodka.

Coming in second place is Jay-Z, whose net worth is estimated to be $475 million. Between the 2007 sale of Rocawear for $204 million, and his $150 million deal with Live Nation, we're guessing his daughter Blue Ivy won't have to worry about her college tuition fund.

Coming in third place is Dr. Dre with a net worth of $350 million, mostly due to his Beats by Dr. Dre line of headphones.

Lil Wayne's Cash Money/Young Money Entertainment co-hort, Bryan "Birdman" Williams, is at No. 4 with a net worth of $150 million. At No. 5 on the list of the wealthiest hip-hop artists is 50 Cent, whose net worth of $125 million includes solid sales of music, merchandise, video games and books.