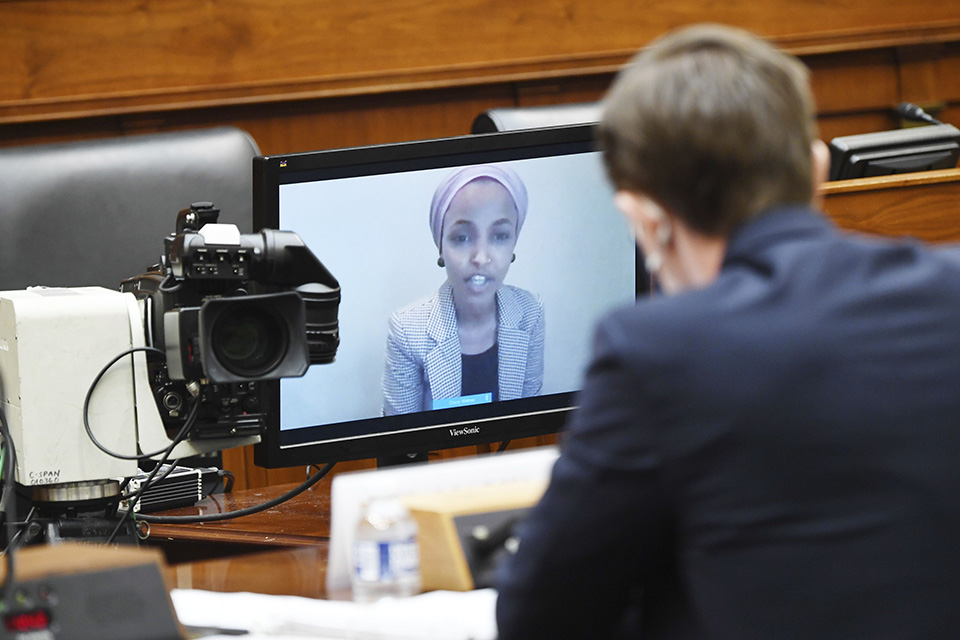 Washington, DC — At a campaign rally in Duluth, Minnesota on Wednesday night, President Trump repeatedly attacked Rep. Ilhan Omar, causing the crowd to burst into a chant of “lock her up.” Trump also demonized Muslim refugees in his speech, warning of a “historic flood of refugees” and a “700 percent increase in refugees, coming from the most dangerous places in the world including Yemen, Syria and your favorite country Somalia.” The following is a statement from Muslim Advocates Executive Director Farhana Khera:

“President Trump’s racist attacks on Rep. Ilhan Omar and Minnesota’s Somali community are a dangerous incitement to violence and must cease—now. One night, he is rallying violent, white nationalists, and the next night, he is whipping up hate against Muslims and immigrants. During Tuesday’s presidential debate, Trump acknowledged and rallied the anti-Muslim, white nationalist Proud Boys. The next night in Minnesota, he inspired a crowd to yell ‘lock her up’ at a Muslim member of Congress and demonized Muslim immigrants as some kind of overwhelming, foreign threat.

Trump’s racist attacks have consequences. Congresswoman Ilhan Omar already receives death threats, including some that followed the president’s previous anti-Muslim attacks on her. Minnesota’s Somali community also faces hate crimes and threats, including a mosque bombing carried out by white nationalists motivated by anti-Muslim hate.  When the president warns about a ‘flood of refugees,’ he is echoing the white nationalist great replacement theory—an anti-Muslim, anti-African conspiracy theory that motivated the Christchurch shooter and other violent, white nationalists.

President Trump is pouring gasoline on a tinderbox of social strife with his hateful words.

All Americans and people in both parties must denounce the President’s hate.”

Muslim Advocates is a national civil rights organization working in the courts, in the halls of power and in communities to halt bigotry in its tracks. They work to ensure that American Muslims have a seat at the table with expert representation so that all Americans may live free from hate and discrimination.