“Hell No!” That Is My Message to Those Who Would Divide Us 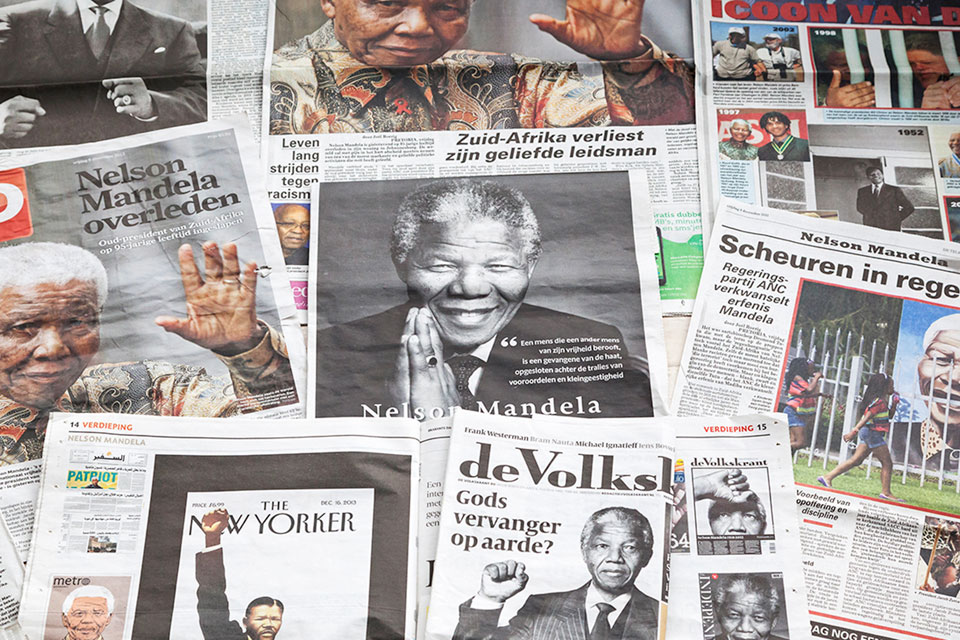 “The machines stopped at the Ford Motor Company’s River Rouge plant in Dearborn in June 1990. Workers held aloft unfurled “Local 600” banners to welcome the South African leader on what was dubbed his “Freedom Tour.” When Mandela finally appeared, he was greeted by United Auto Workers president Owen Bieber and vice president Ernie Lofton. Mandela recalled the struggle to organize the plant in the 1930s and told the assembled workers: “It is you who have made the United States of America a superpower, a leader of the world.” — John Nichols writing in The Nation

In framing the profound impact that organized labor has had on the civil rights movement and why this relationship must be shored up and strengthened at every turn, I wanted to start with Nelson Mandela, the African National Congress leader, Nobel Peace Prize winner and first president of the new South Africa. Mandela, upon being released from the South African jail where he spent 28 years, made Dearborn, Michigan, one of his very first stops on a trip that included addressing the United Nations. He stopped to speak to UAW Local 600 members to thank them for their anti-apartheid efforts to bring freedom to South Africa and to extol the America labor movement.

“It is you who have made the United States of America a superpower, a leader of the world,” he told his audience.

And he was right. It was the middle class that UAW President Walter Reuther and this union began hammering into shape in the 1930s, both at the head of and alongside America’s other great unions, that brought our nation to prosperity. And it was unions, every step of the way, that created wage parity and opportunity for Black America. And over time, that movement broke apart many of the ugly racial divisions so long held in not only the Jim Crow South, but in the industrialized North as well.

They will not silence us

Sadly, the efforts to weaken the labor movement, under non-stop withering attack from the anti-labor forces on the right, could imperil all that we have gained. Their efforts threaten the middle-class existence that all of us have worked so long and so hard to achieve. And, make no mistake, these forces are at work to silence our collective voice.

As Americans, we must stand strong — union strong — for every one of us, against any and all threats to our civil liberties. One of the most pivotal moments in the struggle for equal rights came in 1963 when Dr. Martin Luther King Jr. and Walter Reuther walked in solidarity in the famous March on Washington for Jobs and Freedom. We, African Americans and organized labor, have a shared history of fighting in solidarity for wages, for health care, for better working conditions, for education, for retirement, for respect — for the American Dream. And for a role in building and living in a better nation.

As I write this, I invoke Mandela and Dr. King and Reuther because I see America at a tipping point. America has better angels than those in the political headlines we see today. There is a lack of vision coming out the Administration these days. In its stead, we have finger-pointing and division, race-baiting and xenophobia. We have the most anti-labor administration since Ronald Reagan and with ever more lax business restrictions and consumer protections. We have a labor board that might as well be the Chamber of Commerce, courts stacked with union-busters and we’re seeing voter suppression across the country.

I see a light ahead

But I invoke heroes because they inspire. They see a better place, an inclusive place and I am seeing that light, too. I am seeing people, like voters in Missouri, who said ‘No’ to Right to Work. I am seeing presidential candidates increasingly talking up unions and making it part of their platforms. I see a push for a livable minimum wage. I see organizations like the Congressional Black Caucus (CBC) fighting tooth and nail to “use the full Constitutional power, statutory authority, and financial resources of the federal government to ensure that African Americans and other marginalized communities in the United States have the opportunity to achieve the American Dream.”

I see the CBC taking the facts to the President in a hand-delivered 130-page policy document entitled, "We Have a Lot to Lose: Solutions to Advance Black Families in the 21st Century."

The document addresses the importance of trade unions and the negative impact of Right-to-Work laws, as African Americans are particularly vulnerable when unions falter. The Center for Economic and Policy Research states it best:

The strength of millions

But that’s not all the CBC is working toward.

With a historic 55 members of the U.S. House of Representatives and the U.S. Senate, the CBC represents 82 million Americans and more than 17 million African-Americans. Their accomplishments are many:

Nelson Mandela went from the UAW local back to South Africa to become exactly what he preached that day four years later as president.  To the end of his days, he served as the honorary president of South Africa’s National Union of Mineworkers. He publicly stated he was “fully committed to the protection of the integrity of the collective bargaining system.”

For me this lifetime honorary member of the UAW and fulltime champion of the oppressed underscores the unbreakable bond of civil rights and the labor movement and along with the memory of Dr. King and Walter Reuther, and CBC past and present members, stirs in us the will to fight forever on — on both fronts.