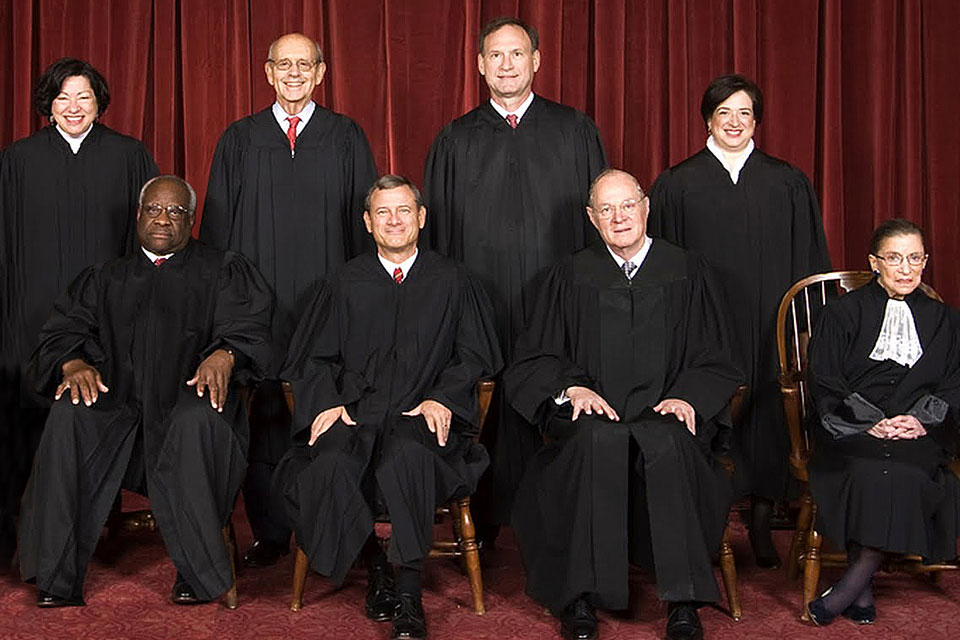 Why Can't the Supreme Court Continue with Eight Justices?

In March 2016 former President Obama nominated Judge Merrick Garland to the US Supreme Court. Judge Garland is well respected and serves as chief judge of the Appeals Court of the District of Columbia. Yet despite past bipartisan support this nonpartisan judge was refused a hearing in Congress.

As a result the Supreme Court has been operating for nearly a year with eight members instead of nine and as far as we can see it has worked well. Now Democrats should continue what the Republicans started and push to keep an eight-justice Supreme Court.

It is not without precedent. In fact the Supreme Court was originally made up of six justices and at different points in time has been composed of seven, 10 and nine justices. FDR wanted as many as 15 justices, but Congress, which sets the number refused to agree.

With its current eight members the Supreme Court has ruled that universities may consider race among other factors in their admissions process. The court also struck down unconstitutional abortion restrictions in Texas and upheld a decision restricting gun ownership for perpetrators of domestic violence.

The Supreme Court has done well with eight justices — and if another justice should leave the court we have no doubt it will also work well with seven members. So why can’t the court continue to work with its current eight justices.

Democrats are outnumbered in both the Senate and the House for at least the next four years, so they don’t have a lot of power in this Congress. Nevertheless they can fight to keep the Supreme Court impartial by opposing any new Supreme Court appointments.

Sen. Mitch McConnell and his friends have demonstrated that the eight-justice court will work. So let’s stick with it for the next session of Congress.