Get Ready to Fight for Healthcare Justice 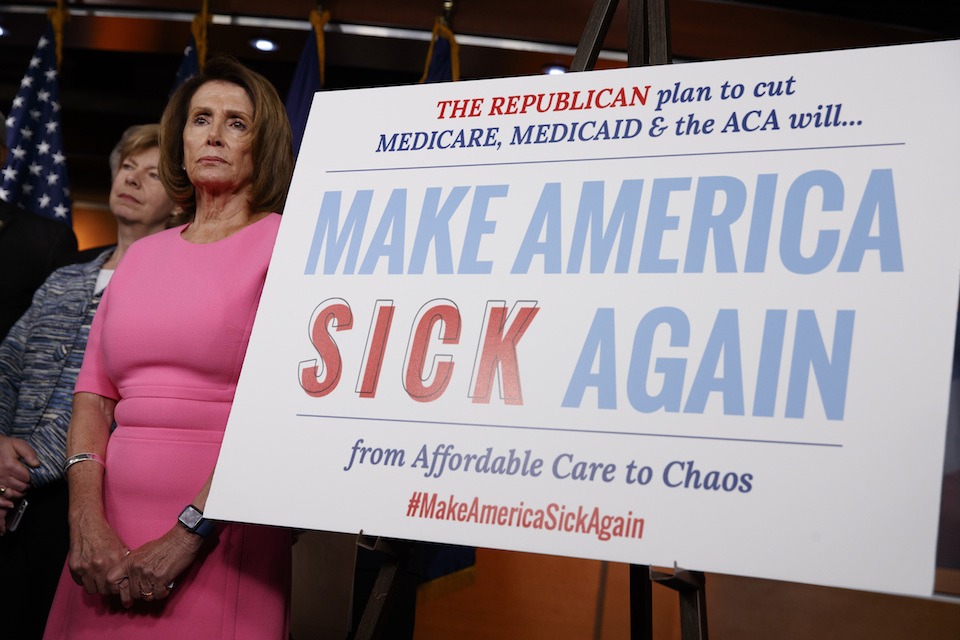 The inauguration of a new president should be a celebration of American democracy.

An inauguration tells us that no matter what our party or politics, we can be thankful to live in a country where power is transferred peacefully and the will of the people decides who our leaders will be.

This inauguration, however, brings more fear than hope.

The disenfranchisement of thousands of largely poor and minority citizens in states that ultimately handed their votes to President-elect Donald Trump is just one of many shadows that hang over his election victory.

What will this new president do?

At the top of President Trump’s agenda is the repeal of “Obamacare,” the Affordable Healthcare Act.

In destroying this law, he has willing accomplices in the Republicans who now control Congress, and have fought tooth and nail against the idea that the richest country in the world can ensure all its citizens have affordable healthcare.

Repeal and replace, they say. And President-elect Trump has promised us “something great.”

But the Republicans are refusing to say what a replacement would look like, possibly because they do not have a real alternative plan. And if Obamacare is repealed without a new plan, 18-20 million Americans will lose their healthcare.

That puts American lives at risk. And it’s just the beginning.

Republican leaders have also pledged to remove the expansion of Medicaid and insurance subsidies, which will send the number of uninsured Americans soaring to 27 million, and then to 32 million by 2026. That’s according to the Congressional Budget Office.

It gets worse. In a vote last week Senate Republicans made it clear they will not save the healthcare act’s most important measures.

Under Obamacare, you could not be refused coverage for a so-called “pre-existing condition.”

Senate Republicans used their majority to vote against saving that provision. They also voted against saving guaranteed coverage for children and for contraceptives, and for allowing children to be covered by their parents' insurance up to age 25.

The Affordable Care Act is not perfect. Many of us hoped for a single payer system, as is the case in most advanced countries. But we will settle for any fair plan that ensures every American can get healthcare when they need it.

Under the Affordable Healthcare Act, members of Congress and their families could sign up with the Health exchanges like everyone else, with a federal subsidy.

Sen Jeff Merkley, for example, signed up for the Oregon Health Plan and refused to take his federal subsidy.

But Sen Ted Cruz who is at the forefront of the repeal effort, did not need to. He gets his healthcare through his wife’s employer— Goldman Sachs.

So it’s not enough to say, ‘We’ll be happy to take whatever Congress gives itself.” Because our millionaire and billionaire leaders have all kinds of money to take care of their own health needs.

Nevertheless, the outcry against the repeal is growing, as people across the country realize how much damage it will cause. Lawmakers already are hearing healthcare appeals that would break the heart of any feeling person.

As we move into this uncharted territory, Oregon lawmakers nationally and with state leadership from Gov Kate Brown are at the forefront of the fight to keep healthcare for all Americans. They can’t do it without our support.

2017 is not a year to slink away and lick our wounds. It is time to make our voices heard. This year, more than ever, we need to rally, march, speak out and build bridges with red state allies who can hold our political leaders to account.

Wake up Americans. It’s time to take the fight to Washington.