EDITORIAL: Being Ambitious is No Crime 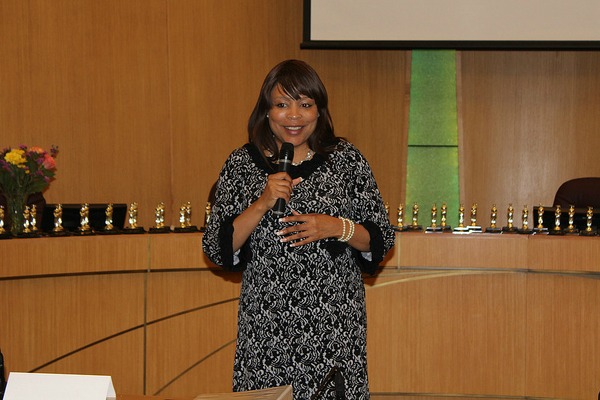 Multnomah County Commissioner Loretta Smith apparently works too hard and spends too much on her constituents. Is that a sin?

According to a recent news article, Smith’s office has sponsored more county tables at nonprofit events than any other commissioner. She’s attended too many national conferences and spent too much on hotel rooms.

All of this money, by the way, came out of the expense budget for her office –the same amount that all the commissioners get. Smith could have spent it on staff. Instead, she sponsors community nonprofits and brings food to events serving some of the county’s most needy families.

Smoking gun: Smith spent $2,000 to support a program for black youth through the National Association of Black County Officials. The organization gives scholarships to black youth entering government service and helps counties around the country— including Multnomah County –improve education and career prospects for black boys and men. The donation was allowed under county rules.

Smith’s expense claims have been put under the microscope. But is it really wrong to pay your $50 bar tab with the same card you’re using for other expenses, so long as you pay it back when you get home?

That’s not corruption. It’s human nature. I’d bet most of us have done something similar.

What’s a commissioner to do?

Is she supposed to represent Multnomah County by staying in the YWCA? Stay home? I guess Portland has nothing to learn from cities like Atlanta, Memphis and Washington DC. Smith should just forget about sitting on national boards and working with national experts.

The central accusation against Smith is that she is ambitious and interested in running for city commissioner or other offices. That means, her detractors say, that everything she does must be self-serving and self- promoting.

It’s laughable. This city would benefit from more capable people of color in government that take risks. Smith has shown herself to be both capable and committed to public service. That should be commended not attacked. Being ambitious is not a crime.

It’s the Tall Poppy syndrome. Whenever somebody stands above the crowd they must be cut down. Smith is spending more than the other commissioners on certain work-related expenses. Therefore, small minds imagine she must be doing something wrong.

We don’t support everything Commissioner Smith says and does.

But we are not going to fault her for working harder than almost any other elected official to support her constituents. That’s why we elected her. Her record is clean.