EDITORIAL: Portland Police: A Tough Job But O'Dea Should Be Up to the Task 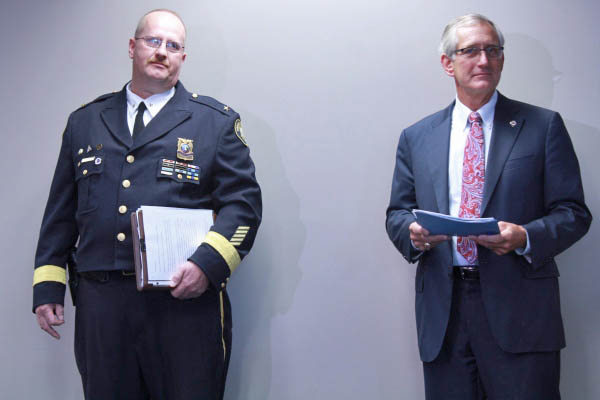 Hales’ decision means Portland’s Police Bureau should have a smooth handover of power when Reese retires in January. It also means his successor, a 28-year veteran of the bureau, is well known both inside and outside the bureau. That’s a good thing for the City of Portland and a police department that has a long, painful history in our community.

Assistant Chief O’Dea has strong support from rank and file officers as well as from police managers. With a reputation for pushing for diversity in hiring and promotions, he also is well liked in communities of color. This is a man who spends his weekends building houses as a Habitat for Humanity volunteer and spends many hours reaching out to minority communities so he can understand our concerns.

O’Dea was at the negotiating table when the civil rights settlement with the Department of Justice was nailed down. He knows what the bureau has to do to regain the trust lost in a hail of police shootings, racial profiling incidents and the brutal death of James Chasse.

The Albina Ministerial Alliance is holding a forum on the Ferguson shooting and the Department of Justice settlement agreement, Nov. 1.

When O’Dea laid out his priorities to reporters, his number one concern was clear: Police officers must build relationships with the communities they work with.  It should include our vulnerable homeless population as well as Portland’s communities of color.

We welcome O’Dea’s emphasis on community policing and his focus on increasing the diversity of the force.

So will O’Dea be the police chief who wins over hearts and minds? That remains to be seen. What we can say is that he comes to the job with every opportunity to make Portland’s Police Bureau work for citizens – not against us.