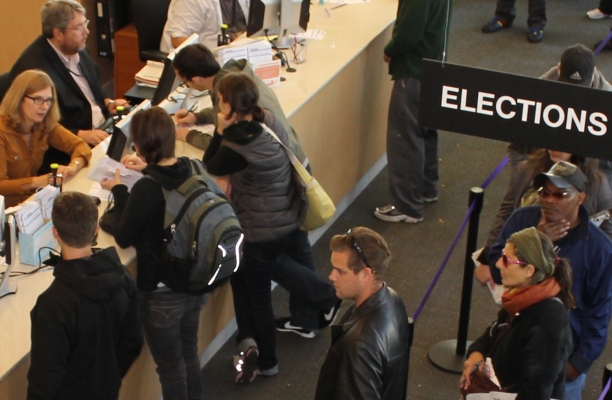 Wherever you go, people complain that there aren’t enough great political leaders anymore. But in the Portland-area races on May 20, we struggled to choose among the excellent candidates we interviewed.

We can only endorse one candidate per office; for those who didn’t get our support, we encourage you to run and pursue those political dreams of yours.

Before we get to the names, however, we would like to make one big point: None of the candidates are strong enough on disaster preparedness. The Skanner News started covering local emergency management after Hurricane Katrina changed the racial makeup of New Orleans. The imperative of making sure communities of color are kept in the loop on emergency planning, resources and training is being ignored at the top. One thing we all know is that a big earthquake is coming, and we have seen almost zero outreach to the communities who will be impacted the most – and both the City of Portland and Multnomah County have separate disaster planning bureaus. Where is the money going? 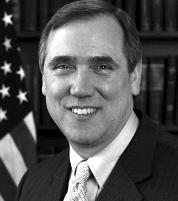 For the U.S. Senate, we endorse Sen. Jeff Merkley, who has been a force for good in Congress during his first term. Merkley brought support to homeowners who lost homes in the foreclosure crisis, putting together a plan to help underwater homeowners re-finance their loans.  As a banking committee member, he has been one of the strongest supporters of the Consumer Finance Protection Bureau, the federal agency set up to curb abusive practices in financial services industries.  Merkley supported the extension of unemployment benefits and has championed veterans’ rights, equal pay and the public’s right to know who’s behind big campaign contributions. He has brought funding to Science, Math, Engineering and Technology programs that promise to help more youth of color graduate and go to college. And he’s in favor of raising the minimum wage. Sen. Jeff Merkley has done a good job for Oregon and deserves another term.

The Multnomah County Commissioner 2 race is remarkable – for the first time we have ever seen, everyone running is African American, which is a good thing. Teressa Raiford is an especially worthy candidate. A hard worker who knows the issues, Raiford is a business consultant from a tough background, giving her insight into how real people are impacted by municipal policy – or the lack of it. She lacks political experience, but she would make a great commissioner. 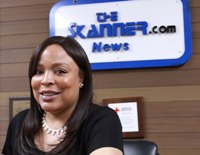 After years of working in Washington DC, incumbent Commissioner Loretta Smith knows more than almost anybody about where so much of the county money originates – the federal government. She knows chapter and verse on how to leverage limited local dollars into ambitious goals, such as increased funding to keep students in school and on track for success through President Obama’s Promise Zones Initiative, which she discussed at length in our interview.

Voters can’t go wrong electing either of these marvelous women. Smith wins our endorsement by a hair simply because of her experience at the federal level. She has shown she understands how to use her knowledge.

We are struck by the fact that so many Black candidates are running against Smith specifically. It makes us wonder why? Has Smith angered so many people in her own district?

Her federal clout is very important, but she is also known in the community for helping with projects and programs regarding seniors and youth. We can’t forget that one of the first things she did as a Commissioner was organize a Town Hall meeting only for Black males, a revolutionary move that earned her praise.

In this race, The Skanner News endorses incumbent Loretta Smith. 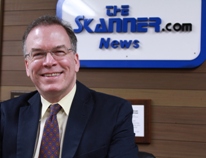 For City of Portland Commissioner, Position 2, The Skanner News endorses incumbent Nick Fish. Over his years on the Council we have seen him collaborate with a wide array of groups and individuals to forge excellent policy in the Parks and Housing bureaus and elsewhere, despite taking a hard knock or two. We are also impressed with his opponent, construction industry general contractor Sharon Maxwell of Boanerges Group, and we look forward to her future political plans.

For City of Portland Commissioner, Position 3, The Skanner News endorses Dan Saltzman. Whatever his assignments are in the moment – he has managed both the Portland Police Bureau and Portland Fire and Rescue – Saltzman’s heart is clearly with kids and families. Proud driver of the Portland Children’s Levy, which puts tax dollars directly into nonprofits helping children, Saltzman most recently has helped make it much easier for domestic violence survivors at the Gateway Center for Domestic Violence Services –  one of his bureau assignments --obtain restraining orders against their abusers.

For Multnomah County Chair (full term and unexpired term), The Skanner News endorses Jim Francesconi, an attorney and former Portland City Commissioner, in his race against worthy opponent Deborah Kafoury, who is trying to move from a Commissioner’s seat to the top job in the County. Kafoury comes from a legendary Oregon political family, and many observers say she knows the county budget better than anyone else. But Francesconi caught our attention by framing county operations as a potential economic driver rather than a passive safety net, suggesting a raise in the minimum wage, a firm grounding on job creation and leveraging Affordable Care Act money to free funds for a variety of other needs (many candidates made that same suggestion). He sees the bigger picture in the policy arena; he is a visionary; he's not afraid of change. While critics have said his campaign is fuelled by his resounding defeat as a mayoral candidate – after raising $1 million and losing anyway to Tom Potter in 2003 – we didn’t see that during our interview, but rather we saw a highly motivated person who cares about making a difference.

A three term state legislator from Southeast Portland, Bailey, an economist, impressed with his knowledge of how local political systems impact policy and where more work is needed. Clearly a money manager, Bailey had the sharpest insights on how to rein in overtime costs at the Multnomah County Sheriffs Department – the county’s second-highest expense.

Whatever you think of the candidates, make sure you take the time to vote. The voter registration deadline for Multnomah County is April 29, find out more at www.mcelections.org. Check online to see the status of your voter registration at www.oregonvotes.gov.