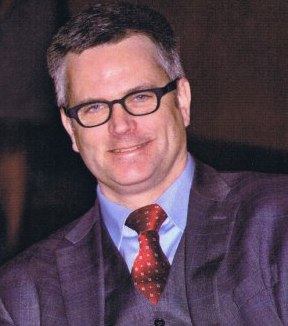 As 2012 comes to an end, Mayor Sam Adams is bowing out of Portland politics, at least for now. Mayor Adams is one of the sharpest, most clear-sighted leaders the City has seen in a long time. He will be missed.

As chief of staff for former Mayor Vera Katz, his clout was legendary.  He understood the city bureaucracy and how city hall operates, and he was determined to make the City of Portland work for ordinary Portlanders.

So it was a great disappointment when he started his tenure under a cloud. The bright, new energy that had swept Barack Obama into the presidency had also made Adams our first proud, gay mayor.  But his secret fling with a teenager made many doubt his honesty and maturity.

To Adams credit, he refused to let that sour beginning define his term as mayor. If anything, it seemed to spur him to do his best work. Adams has tackled just about every issue of importance to the city: from economic development, jobs and sustainability, to education, waste disposal, gun violence and police accountability.

Under Adams, the city created its first economic development plan. The Portland Development Commission reconsidered large-scale urban renewal and the problems of gentrification, and moved to create smaller, targeted Neighborhood Prosperity Districts.  So far they seem to be helping business and improving neighborhoods without pushing out longtime residents.

In education, he created the Summer Works and the 9th Grade Counts programs, along with Future Connect program, a scholarship program for students attending community college.  Behind the scenes too, Adams was a cheerleader for organizations that help minority youth. Just ask the folks at Portland Opportunities Industrial Center, the Native American Youth Association or the Immigrant and Refugee Coalition of Oregon.

Equity too was behind Adams support for fluoridation. Whether you agree or not, Adams took that stand because he believed it was the right thing to do.

In the run up to the mayoral election, we heard from readers who wished Adams was in the race. Ultimately, the city elected Charlie Hales to be our next mayor. We expect Hales will do many good things as mayor, including continuing to pursue stronger police accountability.

Mayor Adams stood up to the police union on the right of cities to fire officers who fail to meet the standards we expect. No issue is more crucial to minority communities than police accountability. Adams has consistently pushed the bureau to make that happen. We're not nearly there yet Just this week the police union has filed to block the city's agreement with the Department of Justice on police use of force. Mayor-elect Hales, we hope you're watching closely.

Dogged in his pursuit of jobs and economic opportunities for Portland, Adams promoted cross-city partnerships and put equity at the center of city policy. In the end, he turned out to be exactly the man to guide Portland through the Great Depression. We wish him all the best in his next position.  But we won't be surprised to see him back in the political fray some day.

What do you think Adams legacy to Portland will be?  Let us know on Twitter @theskannernews or email news@theskanner.com