Video: Arrest of the Wire's &ldquo;snoop&rdquo; in Drug Sting Raises Questions About War on Drugs

Special to the NNPA from the Afro-American Newspapers
Published: 14 March 2011 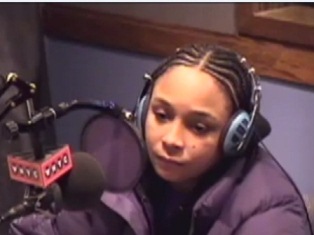 A federal drug trafficking sting, which netted 64 arrests in Baltimore, was lauded by federal officials but has introduced new arguments questioning the effectiveness of America's war on drugs.

"Wherever criminal gangs bring violence to our streets, that is where we will direct the resources needed to send them to prison," Baltimore U.S. Attorney Rod J. Rosenstein said in a statement. "We must persist in this coordinated effort, because every American deserves to live in a safe neighborhood."  The Skanner News Video: Snoop of The Wire

A total of 40 people were charged by the state while 24 were charged federally. Authorities also seized marijuana, heroin, guns, and $69,000 in cash.

Among those charged was Felicia "Snoop" Pearson, 30, an actress on HBO's "The Wire," whose involvement made the case especially newsworthy. Pearson's difficult upbringing led her to prior brushes with the law, including a murder conviction in 1996.

David Simon, producer of "The Wire," said her arrest should be enough to prompt authorities to take a further look at the war on drugs.

"In an essay published in Time two years ago, the writers of 'The Wire' made the argument that we believe the war on drugs has devolved into a war on the underclass, that in places like West and East Baltimore, where the drug economy is now the only factory still hiring and where the educational system is so crippled that the vast majority of children are trained only for the corners, a legal campaign to imprison our most vulnerable and damaged citizens is little more than amoral," he said in a statement.

He said that Pearson's vastly different upbringing and environment from his own is one that makes him incapable of judgment.

"I, for one, do not qualify as a peer to Felicia Pearson," he said. "The opportunities and experiences of her life do not correspond in any way with my own, and her America is different from my own."

Despite Simon's opinion, authorities say the arrests were necessary to further eliminate the scourge of drugs and violence on Baltimore's streets.

"These arrests are representative of law enforcement's commitment to keep this city safe from the violence and crimes associated with drug trafficking," DEA Special Agent in-charge Ava Cooper-Davis said in a statement.