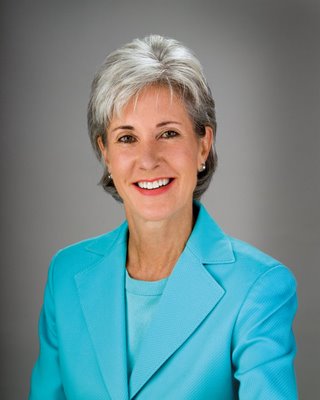 In his State of the Union address President Obama outlined his vision for how the United States can win the future through investments and reforms that will give every family and business the chance to thrive. Effectively implementing the Affordable Care Act is a vital part of this effort.
But some in Congress want to refight the political battles of the past two years and repeal the law along with all the new consumer protections and benefits that go with it. That would be a major setback for the African-American community.
Up to 1 in 5 African Americans lack health insurance, one of the highest rates for any group. This, more than any other demographic or economic barrier, negatively impacts the quality of healthcare received by African Americans. The Affordable Care Act gives African-Americans more freedom to get the care they need by extending overage to 32 million previous uninsured Americans.
There are also new protections for the nearly half of all African-Americans who have a disability or chronic disease, making them vulnerable to discrimination by insurance companies. Under the law, insurers may not turn away children with pre-existing conditions, a protection that will extend to all individuals with pre-existing conditions starting in 2014. Repeal would put millions of African-Americans with health conditions right back at the mercy of their insurance companies.
The law is also helping African-Americans get care by bringing more doctors and nurses to chronically underserved communities. Repeal would take away these investments, including billions of dollars for Community Health Centers, a quarter of whose patients are African-American, and new funds for training and placing thousands of new primary care providers in the neighborhoods where they are needed most.
And the law invests in national and the community level solutions for problems such as obesity that disproportionately affect African Americans, especially children. Repealing the law would rob our children of these future solutions.
With the Affordable Care Act, we are also taking a major step toward making sure our economy is growing and working for all Americans, including African-Americans.
The law is giving America's businesses more freedom from ever-increasing health insurance costs. For example, over the last nine months, nearly four million small businesses have been notified that they may be eligible for a tax cut to help them offer coverage to their employees.
If repeal were to succeed, health insurance costs would rise for businesses across America, including many of the estimated 70,000 small businesses owned by African Americans, leaving them to choose between cutting benefits, dropping coverage and layoffs.
African-Americans across the country are also benefiting from the new Patient's Bill of Rights, which is giving families freedom from many of the worst abuses of the insurance industry.
A year ago, insurers could cancel your coverage when you got sick just because you made a mistake on your application. Under the new Patient's Bill of Rights, this practice has been banned, along with other harmful policies like lifetime dollar limits, which often meant your benefits disappeared when you needed them most. Repeal would make these abuses fair game again, leaving an estimated 12 million African-Americans with private insurance at the mercy of their insurance companies.
Along with these new protections, African-Americans are getting some relief from skyrocketing premiums. New resources are helping states strengthen their oversight of insurance companies and new rules limit the amount of your premium dollars that insurers may spend on marketing and CEO bonuses. Repeal would roll back these reforms, making it easier for insurers to hike your rate by 20 or 30 percent or more.And repeal would also make it harder for millions of African-Americans to get the preventive care and screenings they need. The African-American community suffers from the highest cancer mortality rate in the country. Thanks to the Affordable Care Act, those in new plans now have access to recommended preventive screenings, such as mammograms and colonoscopies, for free – but not if the law is repealed.
There are new benefits for seniors too. Since the law was enacted, more than three million seniors have received a $250 check to help them afford their medications once they hit the "donut hole" gap in Medicare prescription drug coverage.
This year, seniors in the donut hole are receiving a 50 percent discount on all of their covered name brand prescription drugs, the next step toward closing the donut hole. The estimated four million African-American seniors enrolled in Medicare are also enjoying other new benefits like critical preventive services, such as mammograms and flu shots, at no additional cost. Repeal would take these benefits away, leading more seniors to skip medications, cancer screenings, and other life-saving care.
In African-American communities, the Affordable Care Act is already giving people the freedom to make their own health care choices, helping families get care, helping businesses compete, and putting Medicare on a better path for the future.
Undoing this progress now would be a terrible mistake.