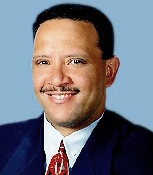 "To ignore the potential contribution of private enterprise is to fight the war on poverty with a single platoon while great armies are left to stand aside." Robert Kennedy

It is time for policy makers on both sides of the progressive-conservative divide to stop debating and start enacting policies to create jobs, especially for those suffering the most from the persisting great recession. One way to do that is to create green empowerment zones that would generate urban jobs, promote clean energy, and enhance American competitiveness in the global shift to green technology. The Skanner News Video: Van Jones

An empowerment zone generally is an economically distressed urban area that is eligible for government tax breaks as a way to spur business investment, small business growth and jobs. The concept has been embraced by Republicans like Jack Kemp and Ronald Reagan as well as Democrats like Bill Clinton and Barack Obama.

Last week, as part of the National Urban League's new 12-point Urban Jobs Rebuild America Plan, we called for the creation of green empowerment zones in urban areas where at least 50% of the population has an unemployment rate that is higher than the state average. Manufacturers of solar panels and wind turbines that open plants in high unemployment areas will, for a period of three years, be eligible for a zero federal income tax rate and a zero capital gains tax rate under the condition that they hire at least half of their workforce from the local high unemployment area, and retain those workers for a minimum of three years. 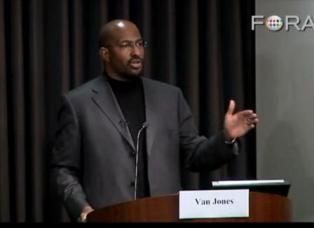 This proposal has been on the table since 2009, when the National Urban League convened a Green Jobs Summit in Washington to develop recommendations to ensure that urban America has a central role in the Green Jobs/Clean Energy revolution. A number of mayors, including Thomas M. Menino of Boston, have adopted the approach. New Congressional Black Caucus Chairman and former mayor of Kansas City, Missouri, Emanuel Cleaver has also used stimulus funds to create a Green Impact Zone in that city. But, we can do more.

Green Empowerment Zones and the other 11 job-creating proposals in our plan send a strong message to the President and the Congress: Hard-pressed urban communities suffering unemployment rates nearly double the national rate of 9.4 percent, need jobs now – not six, or eight or 10 months down the road. The old adage that "a rising tide lifts all boats" means nothing if you haven't got a boat. The truth is, double-digit unemployment has been a reality for African Americans since August 2008 and for Latinos since February 2009. Urban League affiliates across the country are on the frontlines of this crisis every day. We see the human toll it is taking on millions of urban families.

President Obama, who has recently focused on the role of business in job creation said, "Our job is to do everything we can to ensure that businesses can take root and folks can find good jobs and America is leading the global competition that will determine our success in the 21st century."

Green Empowerment Zones is a business-friendly approach that will boost American competitiveness, create jobs and help ensure that communities of color are not left behind.

Marc H. Morial is the President and CEO of the National Urban League