FCC Need to Act on Plan for Universal Broadband Access 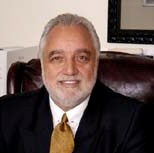 Our nation certainly turned a corner two years ago with the election of our first Black President. Aside from the obvious historical progress made, for the first time in a long time Americans overwhelmingly expressed feelings of excitement, optimism and hope about the future. We were looking for positive change that would drive us forward and President Obama was determined to deliver.

His vision for the future included a number of noble goals to get this country back on track -- including the 21st Century promise of opportunity made possible through universal broadband connectivity. Getting connected online would provide a much-needed lifeline for struggling communities of color while empowering all Americans to survive and thrive in the new millennium and beyond. President Obama announced this priority on the campaign trail and received an excited and approving nod from Americans when he reaffirmed the goal once elected. He distributed marching orders, and it seemed that we were well on our way toward achieving an historic technological advancement that would strengthen our great nation from the bottom up.

Unfortunately, the road to becoming a connected nation has not been without potholes.

Earlier this year, the Federal Communications Commission released its National Broadband Plan, providing a roadmap to get everyone online as the President had directed. However, the months that followed have been absorbed by the highly contentious net neutrality debate, preventing any real progress. This effort has largely been driven by extremist groups that appear to have interests other than those of the greater public in mind. The resulting gridlock has needlessly delayed and distracted from making positive change that would benefit all Americans -- and minority Americans in particular -- in the classroom, in the work place, in the home, and far beyond. It has stood in the way of job creation and investment that is essential to turning things around for us 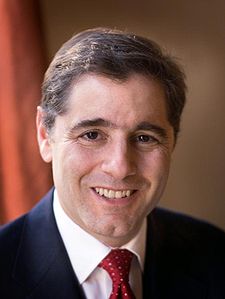 all. And as weeks and months pass without clarity or forward progress, it seems that we see and hear less and less of the excitement, optimism and hope that overflowed two years ago.

It looks like things may change, though, and not a moment too soon. Chairman Genachowski announced this week that the FCC will address proposed rules to preserve the open Internet at its December 21 open meeting. The proposal on the table appears to reflect a mainstream compromise on net neutrality, which aims to ensure that the Internet remains a powerful platform for innovation, job creation and economic opportunity without over-regulation that could harm internet deployment and costs. My hope is that this compromise will provide closure to this debate that is absolutely necessary in order to move forward to achieve the Chairman's stated goal of increasing "certainty in the marketplace and spurring investment both at the edge and in the core of our broadband networks" -- things that must happen for the broadband marketplace to fully participate in our economic recovery efforts. As the Chairman said this week, the Internet has allowed for "wondrous contributions to our economy and our way of life."

As publisher of the LA Sentinel and Chairman of National Newspaper Publishers Association, representing more than 200 African American newspapers -- giving voice and providing information to 19.8 million households who read the Black Press of American weekly -- I applaud the efforts of the FCC. However, I encourage Chairman Genachowski, and in particular Commissioner Clyburn, to swing wide inclusion's door and make real the economic empowerment equalizer broadband access pledges, especially where it concerns the full participation of minority owned media enterprises, technology firms, advertising, and other black-owned businesses.

Universal connectivity holds even greater promise of opportunity and possibility today thanks to new and evolving technological innovations. It is because of this investment in innovation that millions of Americans have already adopted broadband -- and African Americans lead in wireless mobile device adoption. But this isn't good enough -- we need to connect every American. I realize the idea isn't new -- but even though we have the technology as well as a solid plan to connect everyone to the technology, we still have a long way to go before we get where we need to be. As we put the net neutrality debate behind us we need to focus on implementing the National Broadband Plan that will enable us to move forward once and for all.

It's not too late. We can restore those good feelings of excitement, optimism and hope that I mentioned -- but we have got to shift our focus to efforts that will make a real difference... right now.