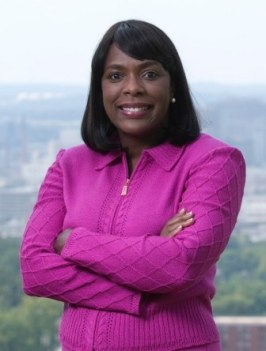 While centrist Democrats bore the brunt of the mid-term election losses, members of the Black and Hispanic caucuses won 56 of 60 re-election bids. More than 40 returning African American members of Congress and at least five new ones are coming to Washington fired up and determined to beat back the coming attacks on the progressive agenda the country voted for in 2008.

As a result of the elections, seven new African Americans will be sworn-in as new House members on January 5th. These include two Tea Party endorsed Black Republicans -- Tim Scott, of South Carolina, and Allen West, of Florida, -- and the first Black woman ever to represent the state of Alabama, Terri Sewell.

A native of Selma, Terri Sewell, D-AL, comes from a politically active family that placed a strong emphasis on education. Her mother was the first African American woman elected to the Selma City Council. Sewell is a graduate of both Princeton and Harvard Law School and currently works as a public interest lawyer in Birmingham. High on her legislative priorities list is job creation, health care, and help for Black farmers.

Karen Bass, D-CA, of Los Angeles is the nation's first Black woman State Assembly Speaker. She will represent California's 33rd Congressional District in the U.S. Congress. Congresswoman-elect Bass is a graduate of Cal State Dominguez Hills and the University of California School of Medicine Physician Assistant Program. She credits having led the California state assembly during the state's historic fiscal crisis for giving her a grassroots understanding of what it will take to cure the nation's economic woes.

Hansen Clarke, D-MI, of Detroit, assumes the House seat occupied by U.S. Rep. Carolyn Cheeks Kilpatrick for the past 14 years. A graduate of Cornell University, Clarke formerly served as a member of the Michigan House and State Senate. He brings years of legislative experience and a track record of bi-partisan accomplishment to his new role. He says that helping the people of Detroit navigate the often confusing labyrinth of federal benefits and services available to them will be a major focus in Congress.

Cedric Richmond, D-LA, won a landslide victory over one-term Louisiana Congressman Anh Joseph Cao. A lifelong resident of New Orleans, Richmond is a graduate of Morehouse College, Tulane Law School, and the Harvard University executive program. He has served as a member of the Louisiana House of Representatives since 2000 and created a new markets tax credit, which has steered more than $250 million in investment to the State's hurricane ravaged areas.

With a personality as bold as her big, stylish Stetsons, Frederica Wilson, D-FL, will be occupying the House seat previously held by Florida's Kendrick Meeks. Congresswoman-elect Wilson is a former teacher, principal, and school board member who vows to carry her fight for resource equity to halls of Congress.

All of these new African American members bring fresh ideas and energy to the United States Congress. For the sake of our nation and our communities, here's hoping they make the right kind of difference.

Marc H. Morial is President and CEO of the National Urban League