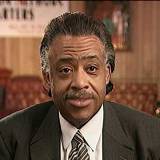 It's crunch time. Today, Americans hit the voting booth and decide the fate of our nation. The question we all must ask ourselves is do we want to continue going forward, or do we want to reverse the progress we have achieved over the last few years and beyond? At such a pivotal moment in history, when so much is hanging in the balance, there is absolutely no excuse for any one of us to sit home on Election Day. There was a time when African Americans were intimidated, charged poll taxes, beaten, and even killed for their desire to vote. In 2010, when no one is shooting us or threatening us, what is the justifiable explanation for not voting on Nov. 2? The answer: absolutely nothing.

During the course of seven days, I myself hit the road on a coast-to-coast voter education tour that brought me to places like Miami, Fort Lauderdale, Philadelphia, Cleveland, Los Angeles, Gainesville, and more. Speaking at rallies, interfacing with clergy, and community leaders, visiting polling locations, and of course talking to the people, I was pleased to witness the enthusiasm and sheer number of crowds at each stop on this non-partisan tour. In addition to emphasizing early voting in states like Florida, I could not stress enough the need for everyone to actively participate in shaping their future. We simply cannot complain about financial woes or the economy, we must take some sort of action ourselves. We cannot continue to discuss institutional racism or inequality without ensuring that the right folks are in a position of power to turn the tide. And, we cannot for a second assume that this President can do it alone.

We hear a lot of talk these days from conservatives and others with regressive agendas that Obama has not delivered on his promises, and is responsible for the current state of the nation. Let's remind those with short-term memories that it was the previous administration that took us into a catastrophic deficit that culminated in the worst economic recession since the Great Depression. It was under President Bush that we were losing some 750,000 jobs per month, and it was under his tutelage that large-scale financial bailouts became the norm. During the eight years of the Bush Presidency, we found ourselves entrenched in two wars, and our privacy rights infringed upon at home.

There are also those that are quick to dismiss President Obama's achievements. And to be clear, they are unquestionably remarkable achievements. Thanks to the President's historic healthcare reform, children with pre-existing conditions can no longer be denied coverage and young folks can remain on their parents' insurance until the age of 26. And, during the course of the next few years, more advances in healthcare reform will take affect, including the idea that no one will ever be denied insurance because of a pre-existing condition.

President Obama halted and is beginning to reverse the course of an economic catastrophe. He has introduced historic financial regulatory reform, established protection for consumers against credit card companies, nominated progressive Supreme Court justices like Sonia Sotomayor, and improved our standing on the world stage. Following years of virtual isolation and self-aggrandizement, the U.S. is once again engaging in dialogue with our neighbors, and working out differences before they escalate to war, thanks to the policies of the President.

There is of course nobody that can say President Obama has saved the world and that no challenges remain for us to tackle. That would be beyond foolish. But, we must remember that he is a man – one man – who cannot do it alone. For those that may be frustrated because their particular progressive cause has not been achieved, just imagine how much more difficult it will be without the backing of the House and the Senate. And, for that matter, how difficult it will be for the President to maintain all that he has garnered without the support of both legislative bodies.

It's not enough that we highlight inequities and injustice in society, we must consciously do something about it. And the simplest way to do so is by casting our vote on Nov. 2. There was a time when we dodged bullets and risked our lives to do so; we cannot let laziness take over this fundamental right that so many literally gave their lives.