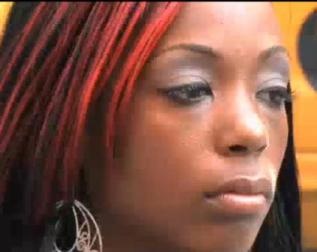 Last week the Georgia department of public health launched Taking Control, a new HIV/AIDS social-marketing campaign targeting gay and bisexual men, or men who have sex with men. As far as I know, this is the first time a state health department in the South has produced a campaign like this, and it could not have come at a better time.  The Skanner News Video: Deciding Moments

Coincidentally, the Georgia campaign was launched the day after a new Centers for Disease Control Morbidity and Mortality Weekly Report was released showing gay and bisexual men are at increased risk for HIV infection. The MMWR reported that of the men tested in a national study, HIV prevalence was 16 percent among Whites, 18 percent among Hispanics/Latinos, and a whopping 28 percent among Blacks. The study goes on to point out that of those men who tested positive, 26 percent of Whites were unaware of their HIV status, but 59 percent of HIV-positive Blacks did not know they were infected.

It is indeed time to take control, and the Black AIDS Institute is proud to partner with the Georgia public-health department on this groundbreaking initiative. Additionally, this week Greater Than AIDS – an unprecedented coalition of public and private sector partners led by the Black AIDS Institute and Kaiser Family Foundation – is launching Deciding Moments, the latest phase of its campaign to mobilize Black Americans to respond to HIV/AIDS. Taking control is a central theme of that campaign as well.

Nearly half of the 1.1 million Americans living with HIV/AIDS, nearly half of new infections, and nearly half of the annual AIDS-related deaths in this country occur among Blacks. Every day, in both large and small ways, whether we realize it or not, we experience deciding moments that maintain the status quo, move us backwards or propel us forward toward our goal of ending the HIV/AIDS epidemic in our communities.

But, most importantly, we decide if we are going to get involved or not. We decide to support the institutions in our community that are on the front lines in the fight against AIDS or not, by volunteering or donating money so that they can keep their doors open.

I get asked multiple times a day, "Why is the AIDS epidemic so bad in the Black community?" The answer is complex and there are many reasons, but chief among them is a lack of ownership of the disease. Other communities saw what was happening and took action. Conversely, far too many of us continue to turn a blind eye or wait for someone else to solve this problem.

The Deciding Moments campaign introduces you to some remarkable people who decided to take control. Marvelyn Brown decided to take responsibility for not using a condom during the consensual sexual encounter that resulted in her HIV infection. She now works to help young people to decide to protect themselves from HIV. Teresa Brown decided to love and support her HIV-positive son. She now speaks to parents about talking to their children about HIV and supporting their children should they become HIV positive. Martinez Brown decided that his HIV status would not stop him from pursuing his dreams. He is now a living example for young people of how to live openly with HIV. And Andre and Albert, a gay couple in San Francisco, decided to stand up against stigma. They now work to mobilize gay and bisexual men in efforts to confront HIV/AIDS.

Deciding Moments also challenges us to take action. There are no innocent bystanders in the fight against AIDS. What you decide to do or not to do makes a difference. Every deciding moment matters.

Phill Wilson is President and CEO of the Black AIDS Institute