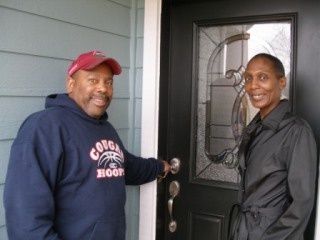 The new Portland Housing Bureau, launched this summer, just announced awards of over $1.3 million to local non- profits working to close the minority homeownership gap. For Portland's underserved communities, this is a promising start.

When he was first elected, Commissioner Nick Fish promised to make closing the minority homeownership gap a priority. The numbers show deep disparities in homeownership, with minorities lagging far behind. According to HUD, the overall ownership rate in Portland is 56 percent. The African American homeownership rate in Portland trails the white rate 38 percent to 59 percent. The Hispanic rate is even worse: 30 percent. We want to give credit to Commissioner Fish and his staff for targeting resources to the community agencies best placed to reduce the homeownership gap among communities of color.

The largest award is $968,250 will go to the Minority Homeownership Assistance Collaborative: a partnership that includes the Native American Youth and Family Center, the African American Alliance for Homeownership, Hacienda CDC and Portland Community Reinvestment Initiatives.

Too often in the past, opportunistic new organizations have sprung up, written fancy grant applications that reference people of color, then, once the money is secured, minority needs are sidelined and the promised results fail to materialize. This grant award has gone to exactly the right place - trusted nonprofits with a strong track record of reaching out to minority communities. These agencies don't just talk; they actually help people of color buy homes.

The collaborative expects to serve more than 500 households. The money will fund:
$600,000 in down payment assistance loans for people who buy homes in the Interstate and Lents urban renewal areas
$62,000 for homebuyers seeking to purchase homes elsewhere in the city
$206,250 for homebuyer education and counseling
$100,000 to help people avoid foreclosure

Finally, the city has made a significant move toward partnering with our community, and by doing so, it has moved beyond the rhetoric of liberal promises of equality. Promises are worth exactly the paper they are written on—history has taught us that. Just ask our brothers and sisters in the Native American community. But with education, support and resources to help people buy their first homes, these housing agencies will help people achieve their piece of the American Dream.

Homeownership means stable housing and an opportunity to build wealth for communities of color that have been shut out by lack of opportunity, unfair lending practices and a history of red lining. In the middle of a national housing crisis – a projected 1 million homes will be foreclosed this year nationwide - this funding represents a glimmer of hope –and a clear commitment to closing the gap.

While many leaders talk about the injustice of inequality and the need for change, Commissioner Fish has begun by walking his talk—putting more resources into the hands of those who work for the best interest of our community. I just hope others will follow.
What Do You Think?