In the best of times, African Americans suffer from higher unemployment than everyone else. That's in the best of times. But 2010 is more like the worst of economic times, with the official national unemployment rate 10 percent – higher if you include the underemployed – and an unemployment rate among African Americans approaching 18 percent in Portland, and 25 to 30 percent nationally.
So it is crucial that the decision makers in charge of the Rose Quarter development practice what they preach about minority hiring and equality of opportunity. African Americans want and need a community benefits agreement that builds up our community, a community that has been systematically torn down. 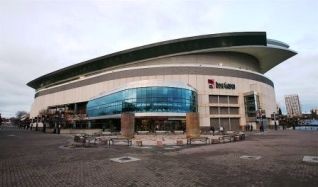 That's why The Skanner supports Roy Jay's proposals for the Rose Quarter development – and we urge all of our readers to join us in urging the Portland Development Commission to include these ideas in their recommendation to Portland City Council.
For those of you who don't know what the proposals involve, check out our editorial on the issue, first published last May. Here it is:
What if the Portland Trailblazers proposed JumpTown development were to give 1 percent of its gross takings to support community nonprofits and small business organizations? In perpetuity.
The Skanner supports this idea – a fresh, unique vision for community empowerment that comes directly from Portland's Black community itself, spearheaded by local businessman Roy Jay.
Let's be clear. The city will be agreeing to contribute bonds worth millions of dollars to these projects. The Interstate Urban Renewal District already could raise $132 million in bonds. And that's before adding the JumpTown project or any others. This kind of investment should guarantee our community much more than some imaginary trickle down effect.
We've seen many urban renewal projects come into our neighborhoods with fancy presentations that promise to deliver all kinds of jobs and financial benefits. Most of them do make some people wealthy – those at the top of the food chain. But, those lower down on the food chain have been fobbed off with a few menial, dead-end jobs that do nothing to revitalize our community.
We like this new proposal because it spells out detailed commitments regarding money, jobs and partnerships. It would set aside 1 percent of all the takings from Rose Quarter venues and businesses and distribute it to targeted youth organizations, social service agencies, nonprofits and minority businesses. This could inject more than $20 million a year into our community.
The project would commit to hiring local jobseekers, particularly those groups most hurt by the recession including: seniors, veterans, Hispanics, Native Americans and African Americans. The plan also calls for an African American museum to celebrate and remember the cultural history of this historically Black part of town.
The development of this valuable inner-city property has made plenty of people wealthy. The only problem is – none of them were the area's original residents.
The Skanner is ready to support the Trailblazer's JumpTown concept and the expansion of the Interstate Urban Renewal District, necessary to complete it. That's if the plan includes concrete proposals to empower and lift up our community. Any development project must include people of color at all levels. We need a creative, innovative plan that gives our city's poorly served urban community --neglected for the last 30 plus years -- an opportunity to move up the Portland food chain.
You can express your opinion at the final meeting to discuss the community benefits plan: Monday, Sept. 27 at the Portland Development Commission, 222 N.W. 5th Ave., from 5:30 to 7:30 pm. The committee will then make its recommendations to the larger stakeholders group.
Mr. Mayor, if you sincerely want to support your black constituents, please put this proposal front and center of the development agenda. If not now, then when?
What Do You Think?