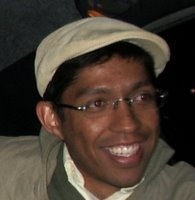 Ethnic identity has always been lurking in political discussions in Africa. Yet many African thinkers argue that ethnicity was never a prominent issue until colonization began. Whether ethnocentrism played a major role in the recent polls in many African countries is still being debated but it is certainly cause for concern for many intellectuals advocating for more democratic elections. Other argues that ethnicity might have been polarized by past and present political motivations but it is still a salient reality of the African continent that has to be accounted for in any regional analyses.
Evan Lieberman, for instance, argues in his book Boundaries of Contagion that ethnic boundaries in South Africa impedes on the efficiency of HIV/AIDS policies when compared to Brazilian policies.
It goes without saying that ethnicity is a sensitive subject when discussing African policies. When attempting to tackle narratives about Africa, one would be remiss not to recall Kenyan writer Binyavanga Wainaina's sarcastic rant in Granta magazine on "How to Write about Africa" "
"In your text, treat Africa as if it were one country. It is hot and dusty with rolling grasslands and huge herds of animals and tall, thin people who are starving. Or it is hot and steamy with very short people who eat primates. Don't get bogged down with precise descriptions. Africa is big: fifty-four countries, 900 million people who are too busy starving and dying and warring and emigrating to read your book."

While Binyavanga Wainaina warns against the pitfall of brushing broad strokes and pay attention to the regional specificities when writing or trying to understand political events in Africa, other writers suggest that ethnic identity is a marginal part of African history to start with and might have lost its relevance with the new generation. Kenyan blogger Andrew Maina reflects on the impact of ethnic identity, especially in the context of elections and the potential generational shift in the relevance of such concept :

"Just what relevance, if any ethnic identity has in modernity, even in the life of a person of my generation … We Africans have already seen how high the price can be for entire communities caught up in the wrong 'tribal block' in the wrong place at the wrong time, Kenya in early 2008 and Rwanda in 1994 being the most graphic cases. Should the fact that you happen to be born to family with ambiguously relations to some fat old man in a suit, a house on a hill be the defining factor on how you vote ... You mostly end up with a government full of mediocre individuals mostly either lining their pockets with tax money or simply failing to stand up for you when you actually need his assistance. Certainly, ethnicity should not be allowed to dictate some things yet the reality is it often does. Mostly the effects are negative, retrogressive, and or unappealing. Can things be different especially now, as I believe many African countries are set to witness a generational shift in leadership to a crop of leaders with no memory of colonialism? Perhaps yes, perhaps not."

Anna Gueye, a blogger with Senegalese ties, explains that ethnic identities were not part of Africa's heritage until the arrival of colonization.

"European colonists encouraged the assimilation of Africans in groups by creating administrative units who were then labeled ethnic groups with the mandatory classification of local population according to tribes in Uganda and Rwanda. Africans themselves contributed to the creation of tribes in order to not be completely excluded from the allocation of resources by the colonists. Ethnicity was therefore defined and promoted as a way to pursue "material benefits" as Crawford Young developed. And it is still relevant today, politicians are still using ethnicity to stay in power."

Ethnocentrism was a concern in the pre-electoral period in Guinea as Guinee50 pointed out .

"It is regrettable and worrisome that all political problems in this country starts and ends with ethnocentric fever. Let's say it clearly, we have build ethnocentrism into a way of life. I admit that ethnocentrism is one of the reason why I decided to blog so that I can denounce the communitarian diatribes."

In Madagascar, as elections are approaching, Achille52 bemoans the fact that his country seems to always trail behind on the path of democracy and development. He identifies ethnic identity as one of the reason why Madagascar is always falling behind.

"Candidates to any elections always use the same discourse, the first one is the threat of a tribal war. 'Don't pick this guy, he is Betsimisaraka !' or 'This guy is Betsileo, he will be detrimental to your region!!" This kind of speech keeps coming back because ethnic identity erase the need for efficient electoral programs. Candidates don't need to find solutions to social issues anymore or even develop a strategy to solve them."

In the end, African writers Eugène Ebodé (Cameroon) and Jean-Luc Raharimanana (Madagascar) believe that Africa may need to redefine ethnicity and citizenry to move forward.

"For Africa to escape the clichés and pity party, it's not the meaning nor the implication of its ethnic groups that it must reconsider but their commonality as citizens of the same continent with its shared aspirations and its shared social, ethical and political comportments."
PHOTO: Lova Rakotomalala See his Facebook page.  Article originally published in Global Voices.