Senate Goes on Recess But Unemployment Doesn't Take a Holiday

(NNPA) - "The hardship and suffering caused by unemployment penetrates every area of life. While politicians are tallying up the economic costs of unemployment, I wish they'd be more aware of the social and moral consequences…" Eva Burrows - the 13th General of the Salvation Army 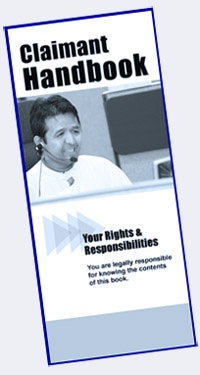 It is unconscionable that the Senate has taken a 10-day July 4 recess after failing last week to pass a much-needed jobs bill. As a result, unemployment benefits for more than one million out of work Americans have now been terminated. The bill would have also extended tax cuts for small businesses, provided billions of dollars to states to prevent layoffs of state and local workers, extended Medicaid reimbursements for states and made available $1 billion for a youth summer jobs initiative. The filibuster by a coalition of the heartless, the careless and the unconcerned meant that on July 1, unemployment checks stopped for 1.2 million Americans.
That number could reach 2 million by the time the Senators return from their vacation on July 12th. This will have a devastating impact on the millions of Americans who have been out of work for at least six months. Without the extension of unemployment benefits, many may lose their homes, their life savings and the ability to provide for their families.
With 15 million Americans currently out of work and 45.5 percent of them falling into the category of the long-term unemployed, there is an urgent need for legislation now that funds direct job creation, training for the chronically unemployed and extension of much needed unemployment benefits. The crisis in urban America is even more severe.
The Labor Department's latest employment report shows that the economy lost 125,000 jobs in June, resulting in an overall unemployment rate of 9.5 percent. The unemployment rate for African Americans remains in double digits at 15.4 percent and for Black men it has soared to 17.4 percent. The unemployment rate for Latinos also remains disproportionately high at 12.4 percent. Clearly, instead of taking a vacation, the Senate should be working overtime to create jobs and put Americans back to work.
The Senate's failure to pass a jobs bill before taking a recess may represent an all-time low in Congressional ineptitude and indifference. And to those who place deficit reduction ahead of critical investments in job creation I say, the middle of the great recession is no time to hold the welfare of the American people hostage to ideological debate. Millions of citizens are suffering and urgent action is needed now.
I urge the Congress, the President and All Americans do demand the Senate get back to work immediately to pass a jobs bill that will save jobs and provide needed relief for American families."

Marc Morial is president and CEO of the National Urban League