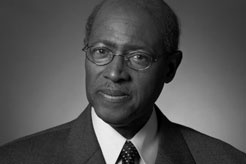 (NNPA) - As part of the current unemployment crisis, at last look there were 453,000 claims for insurance, a number that is likely to surge when part-time government workers employed on the Census end their term this summer.
Yet, there probably is no greater indication of the radical extreme to which the Republican party has become than to witness their rejection of legislation to extend unemployment benefits in the Senate. In the past, some Republicans supported such legislation to keep benefits flowing, but this time, their unanimous rejection for a second time killed it. They were joined by Democrat Ben Nelson of Nebraska who I wish would change parties to clarify who he really represents.
A look at a few states where funds will run out soon turns up a frightening picture: 87,000 people in Michigan which has the second largest unemployment rate; 67,000 in Colorado face the same fate; 57,000 people in Georgia; 184,000 in Florida. The legislation would have created $16 billion to reimburse state Medicaid expenses, and without it, New Hampshire would loose $79 million in State funds and it would cost Michigan over $500 million creating a gaping hole that could lead to bankruptcy.
In the recent primary elections radical Tea Party politicians gained serious inroads into the Republican party. For example, Sharron Angle, Harry Reid's opponent for U. S. Senator from Nevada not only believes that Social Security is "welfare" but that unemployment benefits have "spoiled" people to the point that "you don't want the jobs that are available."
Then, Senator Orrin Hatch of Utah has proposed that everyone who qualified for unemployment compensation should undergo a drug test, testimony to the class and race perspective some Republicans have toward people who need such assistance. The fact that Republicans don't appear to be concerned about the impact of their rejection of funds on ordinary people in their states continues to confirm a heartless and immoral side of the Republican governing ideology. It is a growing radicalism that is justified by their elevation of the deficit, much of which was created by former Republican George Bush, over their constituent's pain.


Beyond an immorality linked to a lack of concern for the less fortunate, Republican intransigence possibly constitutes a political strategy for the fall elections. How? A recent NBC/Wall Street Journal poll found that Congress registered the lowest favorable ratings in modern history at six percent, while Gallup found the preferences of those polled to win control of Congress split between Republicans (45 percent) and Democrats (43 percent).
This means that either the public has not blamed the Republican party, the element in Congress most responsible for the perceived lack of production, or it blames the Democrats for what has been produced. Either way, it seems that Republicans are free to run against Democratic control of Congress, even though they have attempted wreck many humanitarian initiatives.
Such a strategy is partly possible because of the lack of strength and specificity in the Democratic narrative about governance that shields the Republican party from its negative role. President Obama began this weak narrative by campaigning on "changing the way things work in Washington." But you can't change that by being vague about what elements are responsible and what party to which they are attached.
His fixation on bipartisan government also enhanced this cover-up. So, there was an incomplete analysis of change. Change from what? Despite the fact that there is an occasional reference to what the President inherited when he came in office, the change from what narrative has not comprehensively been explained. How can Americans then understand how and why their government has not functioned for them: why the banks and financial houses collapsed and had to be bailed out, how and why mortgages were deliberately sold to people who couldn't afford them, and why there is a monumental oil spill in the Gulf that is also tied to lax governmental regulation in the Republican era?
Word is that the Democratic party is laying out $50 million for the fall elections, and a great deal of it should be spent to build a message factory to help explain to the American people why the President has done what he has had to do the past two years, and what feeds the perception that the Congress is dysfunctional. If Democrats can't get unemployment insurance, other important goals are in jeopardy both now and after the elections.

Ron Walters is a political analyst and Professor Emeritus of Government and Politics at the University of Maryland College Park. One of his latest books is: The Price of Racial Reconciliation (University of Michigan Press)