WASHINGTON (AP) -- It's all so last millennium, that filthy business in the depths of the Gulf of Mexico.
It reeks of yesterday's fuel, yesterday's sweaty labor -- a hands-on way of life from another time. Today's Americans don't care to know how the gas comes to the pump, the food to the table, the iPad to the store.
Just make sure they do.
But now they're staring, transfixed, at where things come from. And what people still do to get it to you, and the death and devastation that can result when something goes wrong and it can't be fixed with a call to technical support.
``Top kill'' wasn't a video game. It was a desperate injection of mud and junk into the primeval muck near the wreck of the Deepwater Horizon drilling rig. It was the most ambitious effort yet for a temporary fix, and it failed. So the oil spews, the search goes on and long-term hopes rest on relief wells still two months or more away.

In this age of microchip miracles, people are seeing brute mass, old tools and ancient physics at work in the weirdly lunar undersea landscape. The atmospherics could be from a moon mission.
A mile down, supersized vise grips clench a pipe forcing a flotsam into the ruptured well like oil workers have done on land.
All so yesterday in look and feel -- even if it is the first ever top kill at such great ocean depths.
The enormity of the Gulf, its depths and the engineering challenges are beyond ordinary comprehension. (The Gulf alone is punctured with more than 2,300 deep wells. Who knew?) No fancy touch-sensitive chart on TV conveys the vastness. Even experts wildly disagree on fundamental questions such as how much oil is coming out. 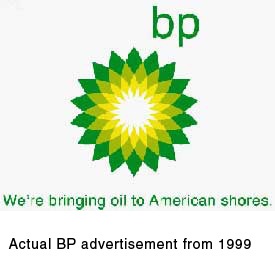 The United States is a seafaring nation whose encounters with the sea now tend to be Red Lobster in the suburbs or Memorial Day at the beach.
It's historically a farming, industrial and exploring nation, most of whose people now are distant from the elemental struggles of living and working in the physical environment, much less understanding it.
Only 14 percent of the modern U.S. work force is engaged in production: manufacturing, mining, logging, construction and the like. The rest are in services.
While it is often considered an alien place, too, Washington is a product of that nation.
The president and many lawmakers are lawyers by training, not engineers, roustabouts or farmers. No wonder members of Congress met to discuss legal liability among their first orders of business in the oil spill response. For many in Washington, the talk is of blame, accountability and political consequences.
No wonder, perhaps, that President Barack Obama assumed that something so terrible would not happen because it had not happened before.
Like most Americans, he lacks the sixth sense of a mariner in foul weather or a miner listening to the earth speak.
He does, though, hail from Hawaii, where, as he noted last week, the ocean is sacred. Not to mention, all around.
Obama touched on the disconnect between those of the grounded physical world and everyone else during his news conference. He showed that he knows what he can't really feel.
``When I hear folks down in Louisiana expressing frustrations, I may not always think that their comments are fair,'' he said. ``On the other hand, I probably think to myself, these are folks who grew up fishing in these wetlands and seeing this as an integral part of who they are.''
The land, sea and factory are less and less an integral part of Americans.
If Aristotle were blogging about all of this, he would probably have little patience with the armchair experts and the pontificators who think the solution should be as easy as Malia Obama suggested when she asked her father, ``Did you plug the hole yet, Daddy?''
The Greek philosopher said ``those who dwell in intimate association with nature'' are apt to understand the big picture. ``Lack of experience diminishes our power of taking a comprehensive view.''
His way of saying, you have to be there to get it. Americans, these days, are not.